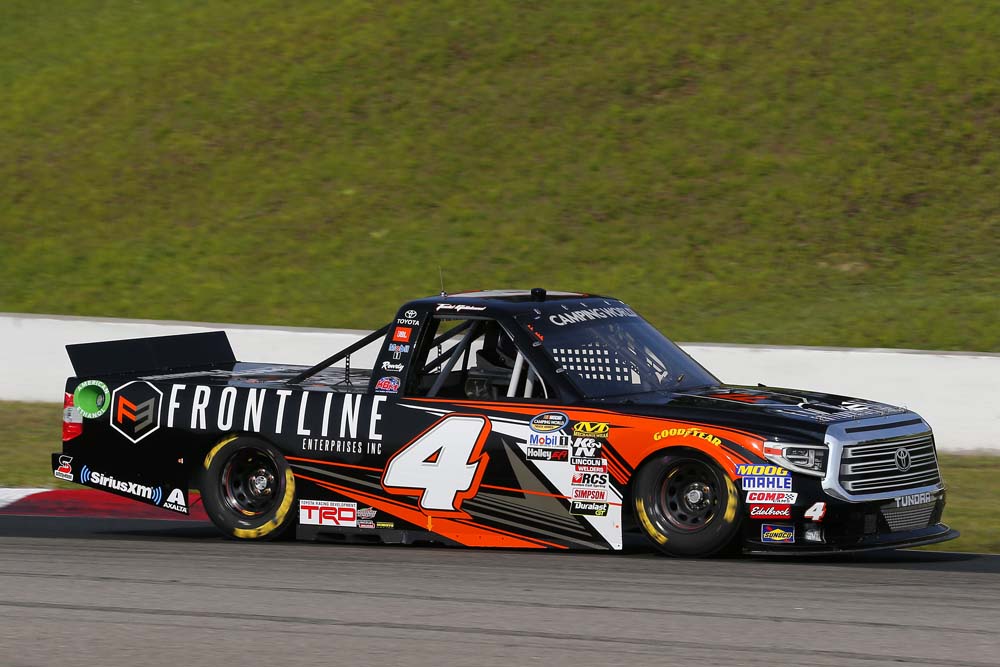 The NASCAR Camping World Truck Series (NCWTS) went north of the border to Canadian Tire Motorsport Park (CTMP) for the series’ only road course race of the season. With experience at this track from racing there in last year’s NCWTS race, Todd Gilliland had his sights set on driving his No. 4 Frontline Enterprises Tundra to Victory Lane – and nearly made it there. He led 11 laps and was leading on the final lap of the overtime race when contact with his KBM teammate, Noah Gragson, dropped both drivers through the field leaving Gilliland with an 11th-place finish. 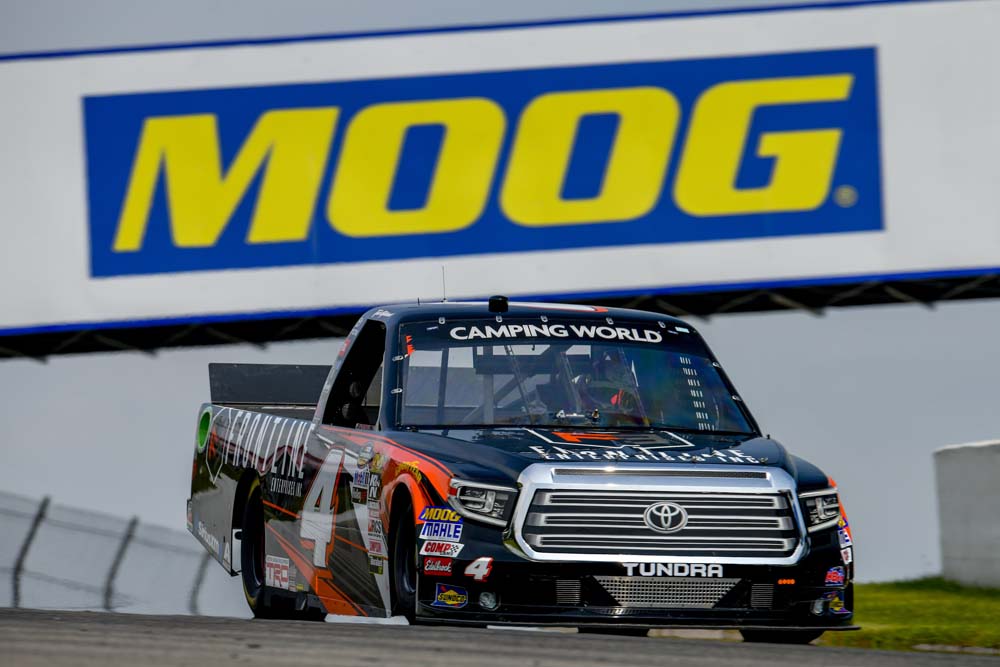 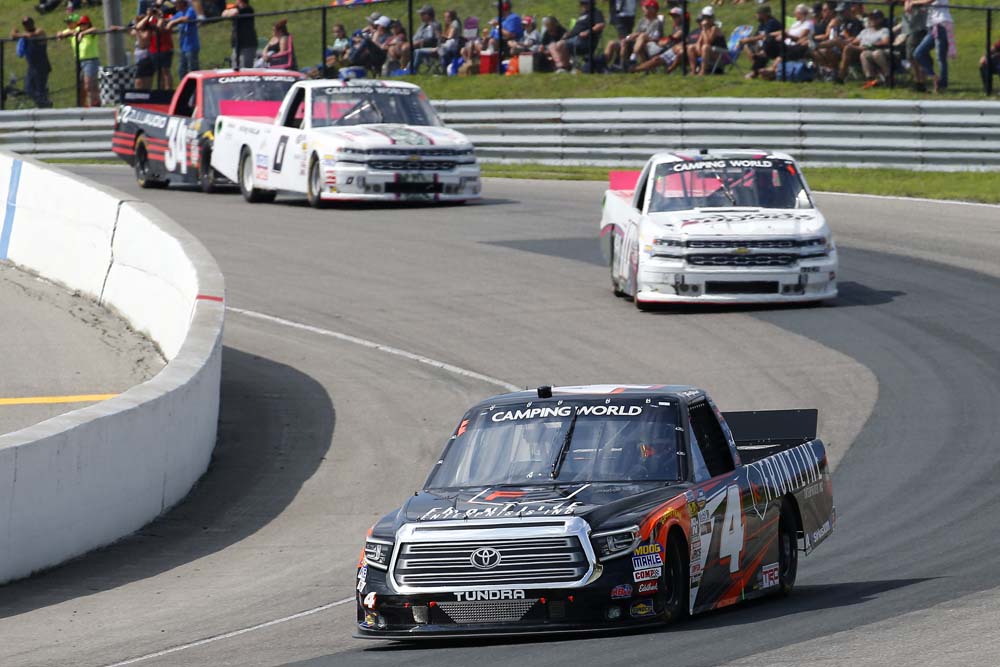 Todd Gilliland, driver of the No. 4 Frontline Tundra for Kyle Busch Motorsports:

“Yes, but I can’t thank everyone at KBM (Kyle Busch Motorsports) enough. They gave me an amazing Frontline Enterprises Toyota Tundra. I should never have let him (Noah Gragson) get to me. I should’ve just gave him the inside and maybe let him wreck himself. I don’t know. He has done that to me on like five, or six road courses. It sucks. We had the fastest truck and we didn’t win again. I’m going to have to talk to him for sure.”

The Truck Series takes two weeks off and returns to action out west on Friday, Sept. 14 at Las Vegas Motor Speedway. Live coverage of the race begins at 9 p.m. ET on FS1.