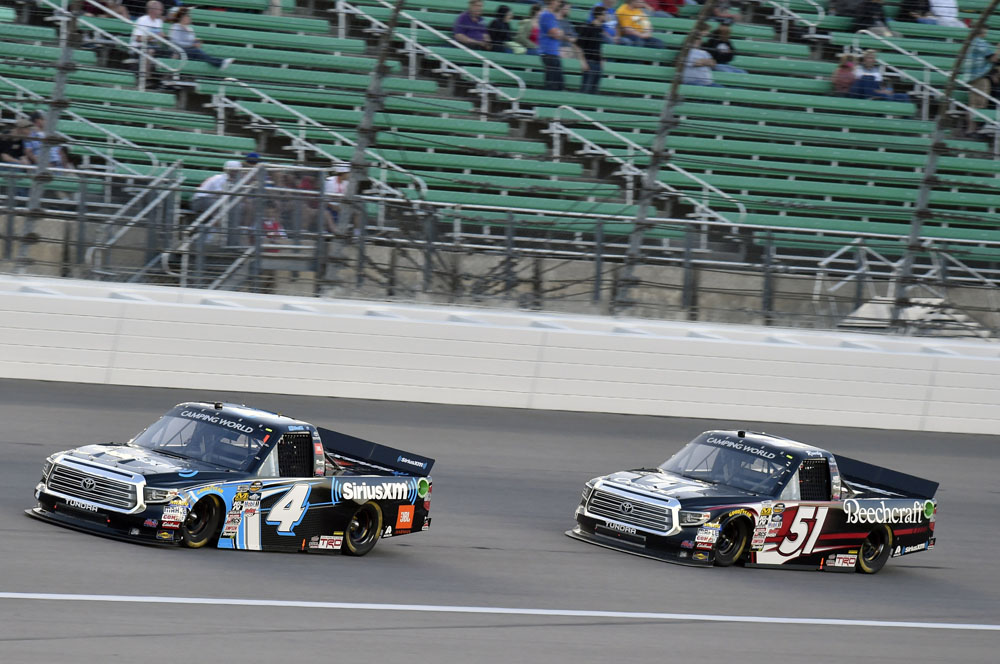 Christopher Bell collected his second pole of the season and led four times for 37 laps in Friday night’s Toyota Tundra 250 NASCAR Camping World Truck Series race at Kansas Speedway in Kansas City, but his bid for a second win of 2017 was thwarted late in the race when an untimely caution waved shortly after he made his final pit stop of the night.

Bell was scored in the third position when he was summoned to pit road with 44 laps remaining in the 167-lap event. Unfortunately, the 10th caution of the race occurred shortly after he returned to the track and with several of the lead-lap trucks having not made their stop, the JBL Tundra was scored one lap down in the 16th position. After taking the wave around and starting from the tail end of the field with 36 laps remaining, the Oklahoma native was able to recover and bring home a fourth-place finish. 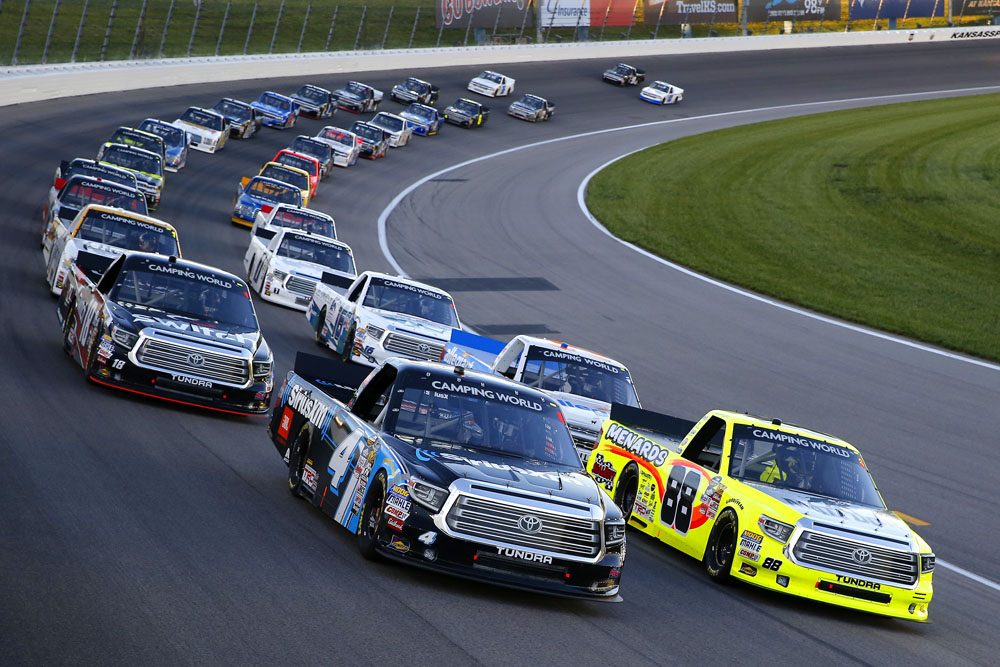 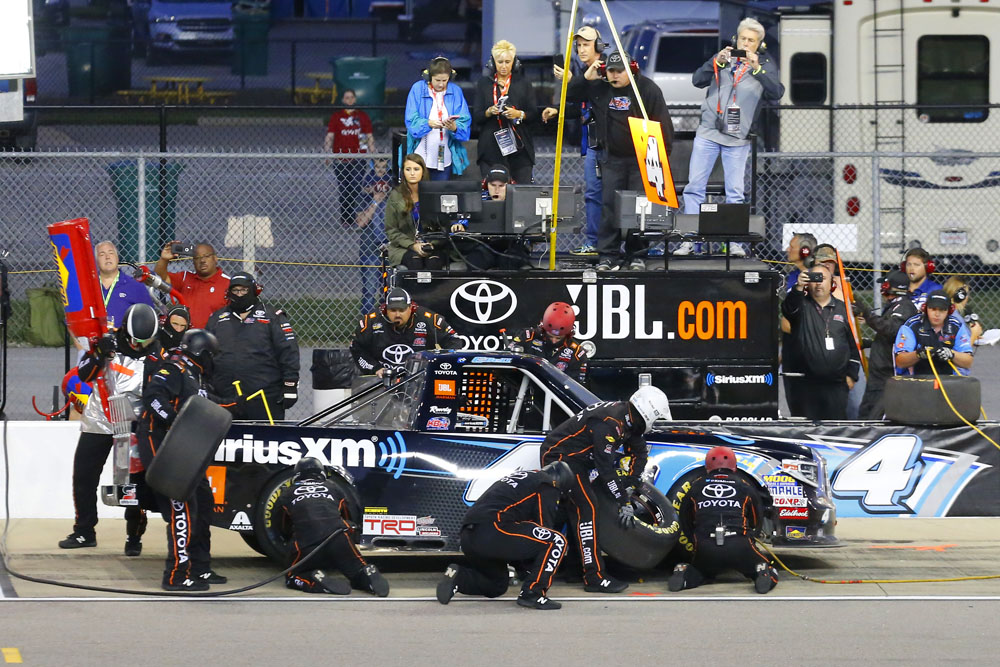 “I don’t know. We weren’t quite good enough as soon as Kyle (Busch) got around us there at the beginning of the race. We just kind of were stalled there. We couldn’t make enough speed there to get back by him. Obviously we kind of got caught behind the eight ball there with pit strategy whenever we tried to short pit. We still got back up to fourth which is kind of where we had been running. We were definitely better than the trucks in front of us, but we just weren’t quite where we needed to be.”

Bell will be back behind the wheel of the No. 4 SiriusXM Tundra when the Truck Series resumes action on Friday, May 19 at Charlotte (N.C.) Motor Speedway. Live coverage of the North Carolina Education Lottery 200 begins with the NCWTS Setup Show at 8 p.m. ET on Fox Sports 1.