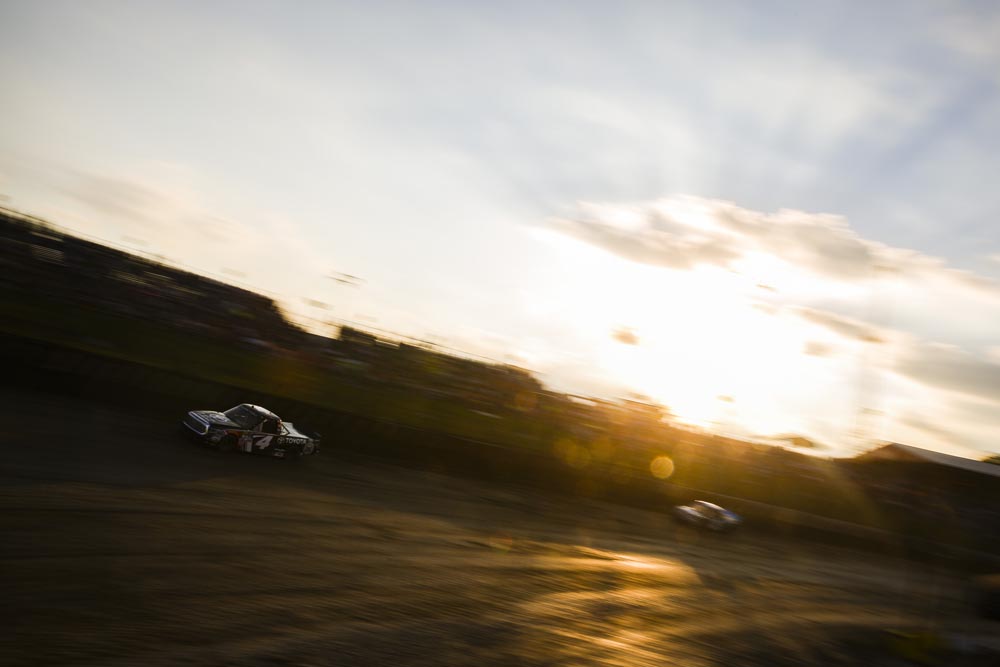 Mobil 1™ will be the primary sponsor on Seavey’s No. 51 Tundra when the California native makes his Truck Series debut at the famed high-banked dirt oval. The world’s leading synthetic motor oil brand also serves as the primary sponsor this season on Seavey’s Toyota-powered Midget for Keith Kunz Motorsports (KKM). The 21-year-old driver has posted four wins and 15 podiums across 20 races combined between the P1 Insurance National Midget Series, where he currently leads the championship standings, and the POWRi National Midget Series for KKM in 2018.

“Running the Truck Series race at Eldora for Kyle Busch Motorsports is the chance of a lifetime and I can’t thank everyone at Mobil 1, Toyota and TRD enough for having the confidence to put me in this position,” Seavey said. “Not many people get the chance to run a stock car on dirt and it’s definitely going to be a big challenge racing something so much heavier than what I’m used to. Hopefully, I’ll have a little bit of an advantage just knowing what dirt racing is like and how the dirt changes and I’ve already leaned on Christopher (Bell) for some for advice.

I’ve been able to get Mobil 1 to victory lane a few times in my Midget this year and hopefully I can do it again in the Truck Series to reward them for their support of not only myself, but the entire Toyota Racing Development program.”

“Logan Seavey getting his first chance to compete in a NASCAR Camping World Truck Series race for Kyle Busch Motorsports (KBM) is a testament to his work ethic, talent and achievements driving for our partners, Keith Kunz and Pete Willoughby. Supporting Logan and KBM with this opportunity underscores Toyota’s continued commitment to driver development,” said David Wilson, president of TRD (Toyota Racing Development) U.S.A. “TRD and our team partners work hard to identify and mold these young drivers into future NASCAR stars and we’re all looking forward to seeing what Logan can do behind the wheel of one of these fast Tundras at a very unique race track.”

Seavey joins Kyle Larson, Rico Abreu and Christopher Bell as graduates from KKM’s midget program into the NASCAR ranks. In addition to his upcoming Truck Series debut, Seavey made a Southern Super Series Super Late Model start for ALR Inc. at Montgomery (Ala.) Speedway June 30. He was second on the speed charts in two practice sessions, qualified 12th and finished seventh in the 125-lap event.

Next week’s Dirt Derby will be Seavey’s first start in any series at Eldora, but KBM has a history of success at the half-mile dirt track. The organization brought home the victory in the Truck Series’ lone dirt race with Darrell Wallace Jr. in 2014 and again in 2015 with Bell.

The No. 51 Tundra team that Seavey will be driving for currently ranks fourth in the NCWTS owner’s championship standings. Under crew chief Mike Hillman Jr.’s guidance the team has produced one win (Kyle Busch, Las Vegas Motor Speedway), two poles, five top-five and 10 top-10 finishes across 11 races in 2018. Hillman Jr. has prior experience with dirt racers in the Eldora Dirt Derby, the veteran crew chief was atop the pit box for Chase Briscoe’s third-place finish last year and in 2014 Kyle Larson led five laps and was running second behind Wallace Jr. in the closing laps before suffering severe body damage and finishing 26th.

The 2018 Eldora Dirt Derby will be broadcast live on FS1 and SiriusXM NASCAR Channel 90 at 9 p.m. Wednesday, July 18.

The world’s leading synthetic motor oil brand, Mobil 1 features anti-wear technology that provides performance beyond our conventional motor oils. This technology allows Mobil 1 to meet or exceed the toughest standards of car builders and to provide exceptional protection against engine wear, under normal or even some of the most extreme conditions. Mobil 1 flows quickly in extreme temperatures to protect critical engine parts and is designed to maximize engine performance and help extend engine life.