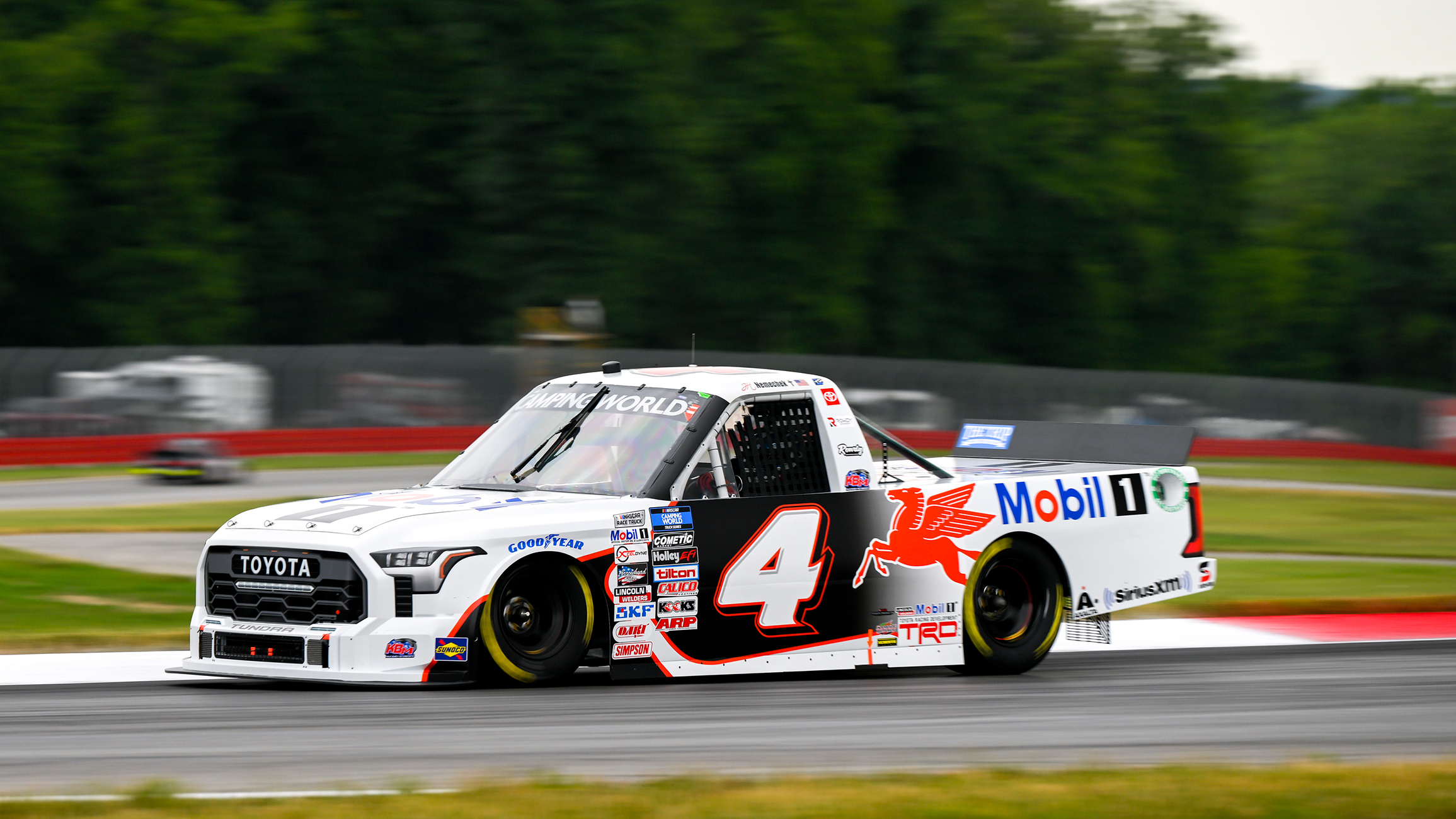 Nemechek started Saturday’s 67-lap event at Mid-Ohio Sports Car Course in fourth following Friday’s qualifying session that was cut short after one round due to rain. The second-generation driver quickly made his way into third as the field went green and would hold his ground for the remainder of the first stage to pick up eight stage points.

Nemechek continued to run within the top-five as the race went on into the second stage before a transmission issue forced him to bring his Mobil 1 Tundra into the garage. The No. 4 team was able to repair the issue and send Nemechek back out onto the track to finish the race. Despite being 10 laps down, Nemechek was able to gain back a few positions at the end of the race and take the checkered flag in 28th.

With one race remaining in the regular season, Nemechek is tied for second in the Camping World Truck Series standings with KBM teammate Chandler Smith, 58 tallies behind Zane Smith.

Nemechek and the No. 4 Yahoo team will return to action on July 23 as the Camping World Truck Series heads to Pocono (Pa.) Raceway. Live coverage of the CRC Brakleen 150 will be on FS1, Motor Racing Network, and SiriusXM at 12 p.m. ET.