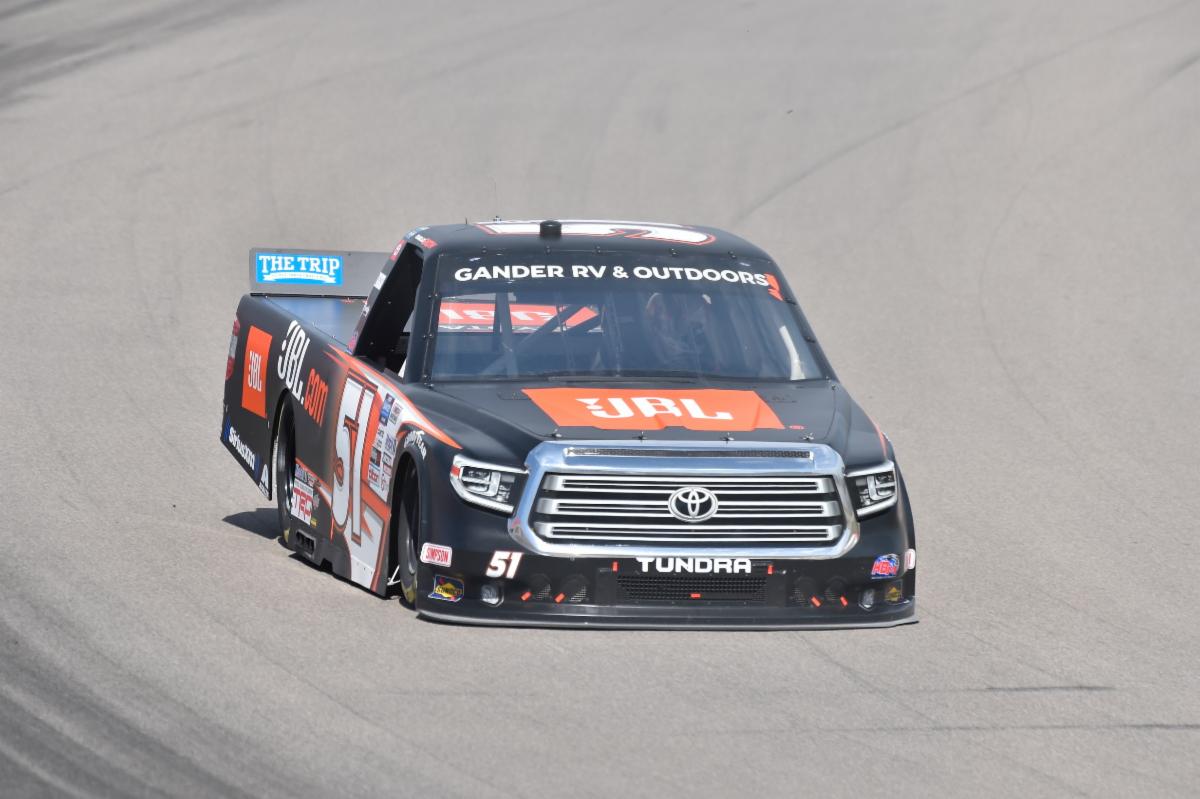 After running outside the top 10 for all of the opening stage of Sunday’s NASCAR Gander RV & Outdoors Truck Series event at World Wide Technology Raceway Chandler drove from the 13th position to seventh over the first eight laps of Stage Two, but sustained damage in a Lap-78 accident that took multiple laps to fix under caution and relegated the 18-year-old driver to a 24th-place finish in his fourth start of the season.

How did your race go?“Not the day that we wanted with the JBL Tundra at Gateway. Danny and the guys on my No. 51 team are pouting their heart and soul into providing fast Tundras and they deserve better performances and they’re going to get it moving forward. That’s a promise.”

The No. 51 team ranks eighth in the Gander Trucks owner’s championship standings. With two races remaining in the regular season, the No. 51 team sits 1044 tallies behind the No. 16 team and is ninth on the 10-driver playoff grid, 34 points above the cutoff line.

Smith will be back behind the wheel of the No. 18 Safelite Tundra when the NASCAR Gander RV & Outdoors Truck Series resumes action on Sunday, Sept. 6 at Darlington (S.C.) Raceway. Live coverage of the South Carolina Education Lottery 200 will be on FS1, Motor Racing Network and Sirius XM at 2 p.m. ET.