Tough Night for Byron at Chicagoland 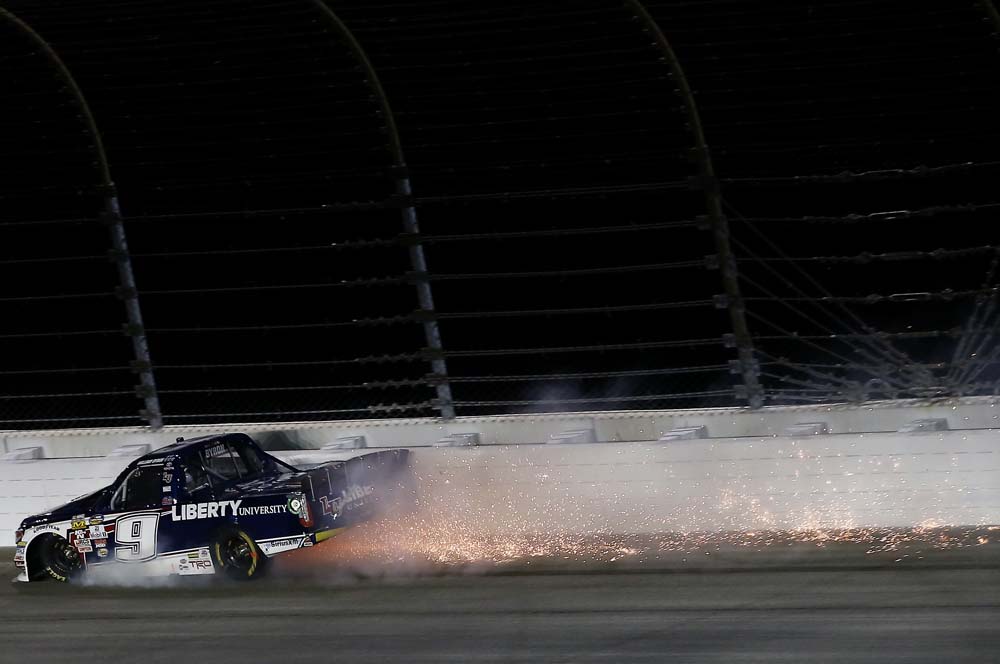 Friday night’s race at Chicagoland Speedway marked the last race of the regular season for the NASCAR Camping World Truck Series before the inaugural Chase kicks off next weekend in New Hampshire. With five wins this season William Byron has been locked in the Chase for months, which proved to be a good thing at Chicago since an accident early in the race left him with a 30th-place finish.

Byron started the race ninth, but only four laps into the race while running 11th trouble struck. He was side-by-side with Ben Rhodes, which took the air off his Liberty University Tundra. Byron did his best to save the truck, but slapped the right side of the truck against the outside wall. The team was able to make repairs and get him back out to make enough laps to pick up two positions, but when a right-front tire blew that was the end of his night. He was scored in 30th place after completing only 40 of 151 laps. 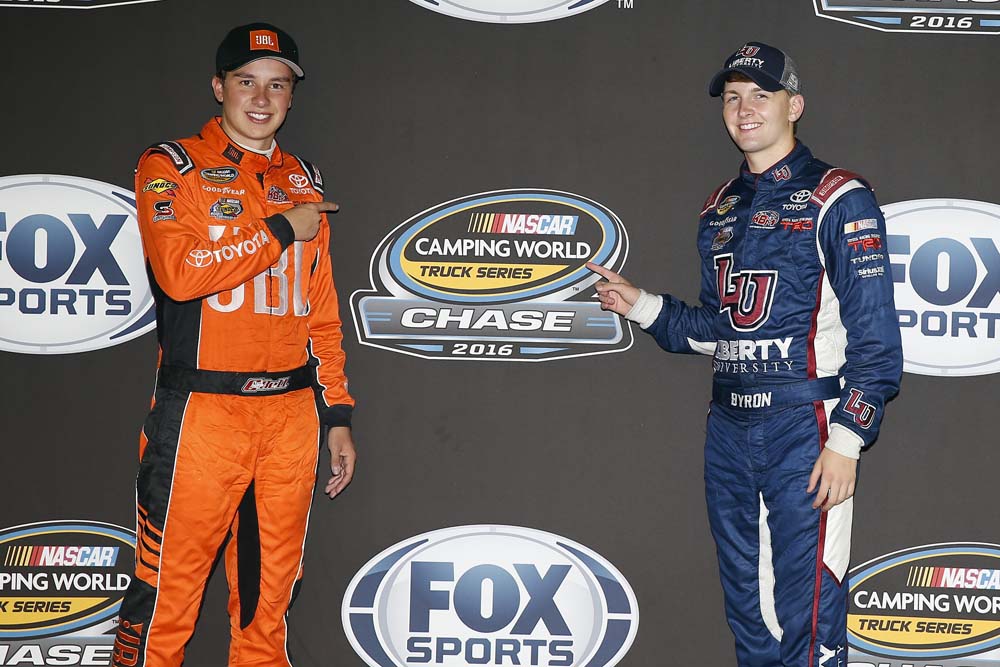 “It was early and we got a little tight in the first couple laps,” Byron said. “I just put myself in a bad position getting passed and got loose underneath the 41 (Ben Rhodes), just something to learn from. We’ve had a lot of good races so far this year and that was kind of a bad experience but it was good to get out of the way and get ready for next week.

“We have some great trucks ready to go for the Chase. We tested New Hampshire, so I feel really good about our chances. I think we’re going to be really strong. Just kind of move on from tonight and go into next week and work our way through every round, that’s the best way to do it and get solid finishes every week.”

Next weekend the Truck Series heads to New Hampshire Motor Speedway on Saturday, September 24 for the first race of the seven-race Chase. Live coverage of the Truck Series race will air on Fox Sports 1 at 1 p.m. ET.