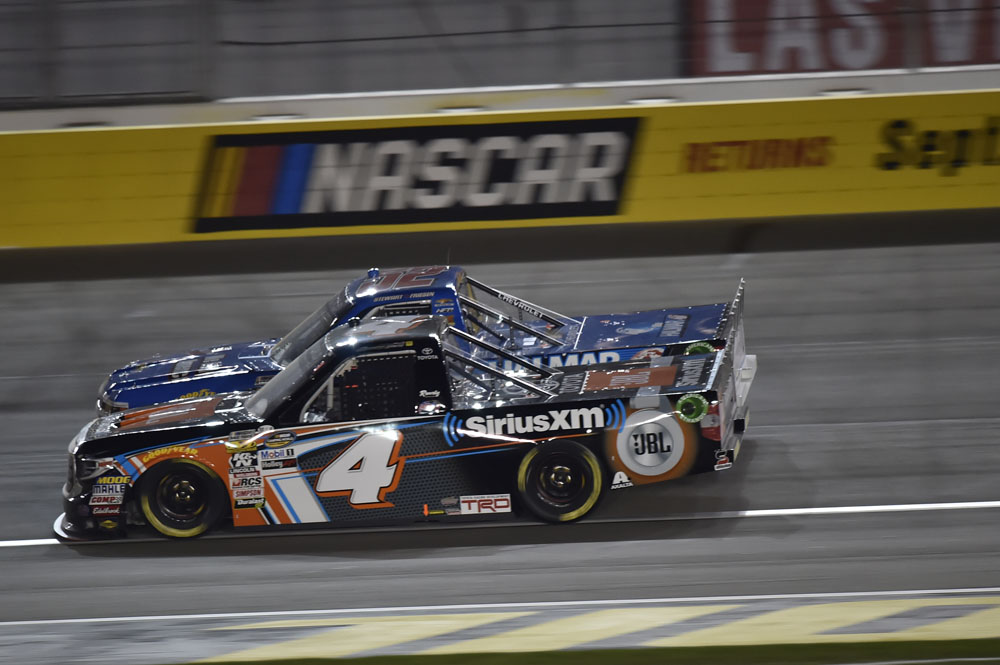 You had a strong run at Texas in June. Are you looking forward to getting back there?

“Absolutely – we’re taking a little bit different package and a different truck, but we’re always trying to get better. We finished sixth that day and we led a lot of laps. I feel like we can get a little better this time and hopefully take home the win.”

Now that you have more mile-and-a-half experience, how does Texas compare to the other intermediate tracks?

“Texas was one of my first ones, so I’m really excited to go back there and kind of learn some stuff about moving around and racing around people. I’m hoping that I’ll be a little better on my side of it also, hopefully give better feedback and just make better moves throughout the race.”

What are your goals for the final three races this season?

“My goals are just to run good. We’ve wrecked a lot of stuff lately, so it’s just going to be about being consistent and being smooth. I feel like we have good speed at one point or another throughout the race, it’s just about putting it all together at the end.”

KBM-045: The No. 4 JBL/SiriusXM team will race KBM-045, for Friday’s race at Texas. Gilliland has scored top-10 finishes with this Tundra this year at Charlotte, Kentucky and Michigan.