Todd Gilliland Returning to the No. 4 Tundra with Primary Sponsorship from JBL and Mobil 1™ 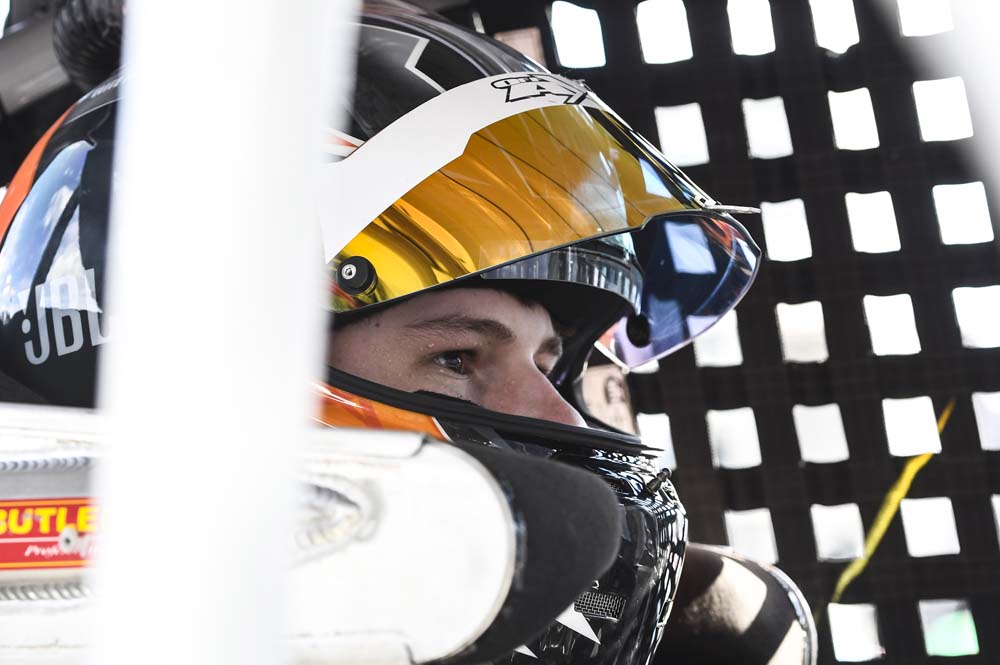 MOORESVILLE, N.C. (Jan. 22, 2019) – Kyle Busch Motorsports (KBM) announced today that Todd Gilliland will return to the organization as the full-time driver of the No. 4 Tundra for the 2019 NASCAR Gander Outdoors Truck Series (NGOTS) season. JBL, part of the HARMAN portfolio of legendary audio brands – and Mobil 1™, the world’s leading synthetic motor oil brand, are also both returning as primary sponsors on Gilliland’s Toyota.

Gilliland competed in 19 of 23 races in the NASCAR Camping World Truck Series (NCWTS) for KBM in 2018, moving into a full-time role once he turned 18 on May 15. Despite missing four races early in the season due to age restrictions, he finished 10th in the championship standings after posting one pole, 208 laps led, four top-five and nine top-10 finishes. Overall in two part-time seasons competing for the organization, the NASCAR Next alum has tallied six top-five and 12 top-10 finishes across his 25 starts since making his Truck Series debut at Dover (Del.) International Speedway in June of 2017.

“I’m excited to be returning to the seat of the No. 4 Tundra at Kyle Busch Motorsports in 2019 and looking to build on the momentum that we had going at the end of 2018,” Gilliland said. “Last year we definitely had some high points and low points, so my goal is to be more consistent throughout the season. After being so close a couple times last year, I’m confident that I’ll be able to find victory lane this year and once that happens more wins will follow. I’m ready to reward everyone at JBL, Mobil 1, Toyota and TRD for their continued support.”

“There was a lot of pressure on Todd last year early in the season after he had to miss four of the first six races due to age restrictions and then needed to get a win to become eligible for the playoffs,” Kyle Busch said. “I think maybe he was pushing a little too hard to try and dig himself out of that hole. While it was unfortunate that he didn’t make the playoffs, at the end of the year he did a much better job and if it wasn’t for a few unfortunate endings he should’ve won two races. We’re looking for him to continue the progress that he made at the end of last year and be a contender for the championship this season.”

In addition to his Truck Series schedule in 2018, the North Carolina native made a handful of starts in both the NASCAR K&N Pro Series East and the ARCA Racing Series. Gilliland went to victory lane twice in just three starts in the K&N Pro Series East; the season-opening event at New Smyrna (Fla.) Speedway in February and again at Bristol (Tenn.) Motor Speedway in April. In the ARCA Racing Series, he tallied one pole, two top-five and three top-10 finishes across four starts in 2018.

Gilliland captured back-to-back K&N Pro Series West championships in 2016 and 2017, collecting six wins each season. He also finished second in the 2017 K&N Pro Series East standings while collecting a series-high four wins. The 18-year-old has won a remarkable 39.2% (20 of 51) of the NASCAR K&N Pro Series races he has competed in combined between the East and West Series since he became the youngest winner in West Series history after going to victory lane in his debut as a 15-year-old in November of 2015. Gilliland is also the youngest driver ever to win an ARCA Racing Series race, winning his series debut in May of 2015 at Toledo (Ohio) Speedway, also at the age of 15.

ABOUT JBL and HARMAN:

The world’s leading synthetic motor oil brand, Mobil 1 features anti-wear technology that provides performance beyond our conventional motor oils. This technology allows Mobil 1 to meet or exceed the toughest standards of car builders and to provide exceptional protection against engine wear, under normal or even some of the most extreme conditions. Mobil 1 flows quickly in extreme temperatures to protect critical engine parts and is designed to maximize engine performance and help extend engine life.

Since debuting in 2010, Kyle Busch Motorsports (KBM) has quickly established itself as one of the most successful teams in all of NASCAR. Owned by 2015 Cup Series champion Kyle Busch and fueled by his passion for winning, the organization holds the Camping World Truck Series records for most career wins (68) and most wins in a single season (14 in 2014). In addition to collecting a series-record six Owner’s Championships, the organization has produced two championship-winning drivers; Erik Jones (2015) and Christopher Bell (2017).