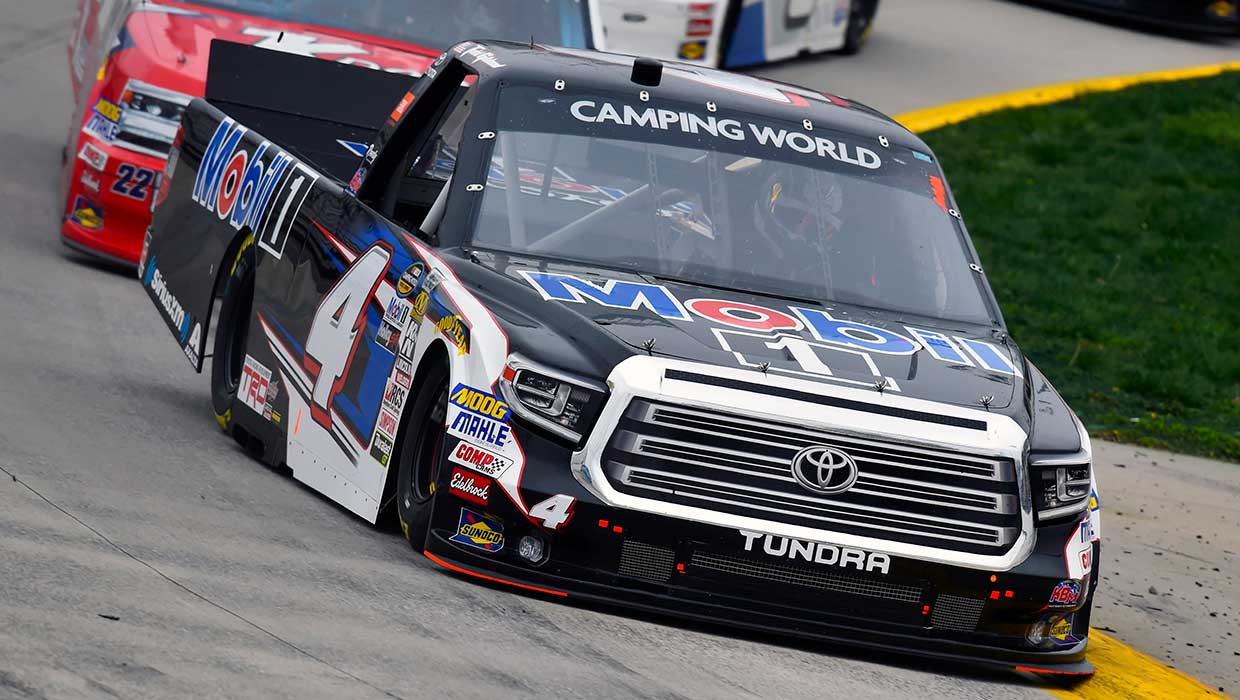 Are you looking forward to getting back to pavement racing this weekend?

You will be doing double duty running the ACRA and NCWTS races. How much does the extra track time help running two series?

“I think the extra track time will definitely help. If anything, it will just give me a little bit more confidence to say the truck or the ARCA car is a little bit better and give me something else to compare it to. So that will be the biggest thing I think.”

Will it help having your owner, Kyle Busch, in the race to get his feedback after practices?

“Yes, it definitely will. Having a guy like Kyle in there – I don’t think people realize how much he is always thinking about different things. Just to be involved with that this week is going to be a lot of fun.”

KBM-052: The No. 4 Mobil 1 team will race KBM-052, for Saturday’s race at Pocono. This Tundra was raced three times in 2018. Once by Kyle Busch at Kansas and twice by Gilliland at Texas and Chicago. Gilliland led 62 laps at Texas in this Tundra.