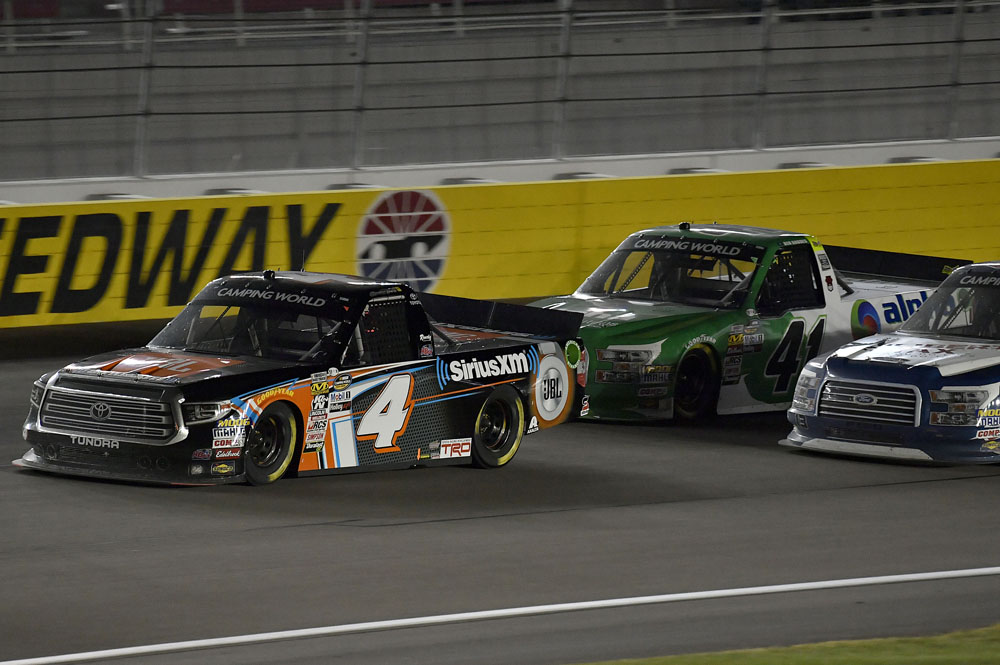 Are you getting more comfortable racing on the intermediate tracks?

“Yes, for sure. I think a good run at Michigan a few weeks ago kind of really started our momentum. After that we’ve had really great runs at Bristol, a short track, and even up on the road course in Canada. I feel like our team can be good at any type of race track and I think the Vegas race is kind of similar to Michigan. That’s what people have told me. Hopefully we can be just as fast as we were there.”

Now that you are within a point of the Rookie of the Year lead, what would it mean to you to win that award?

“It would mean the world. It’s all we can focus on right now since we’re out of the playoffs, so we don’t have a chance at a championship, but we’ve made up a lot of points on the guys in front of me and being within one point with six races left I really believe we’ll have a really good shot at it. It’s just going to be about staying consistent. We can’t have finishes back in the pack. That’s what it’s going to take.”

Will you get to do anything fun while you are in Las Vegas?

“No, not really. We get into these race tracks so soon and leave right after the race. We’re going to try and hit the NASCAR K&N Pro Series West race at the Vegas dirt track. I think that will be a cool event – their first time on dirt. I definitely won’t want to miss that one.”

KBM-041: The No. 4 JBL/SiriusXM team will race KBM-041, for Friday’s race at Las Vegas. Gilliland has raced this Tundra twice this year at Dover International Speedway (finished 10th) and Iowa Speedway (finished 29th after an accident).