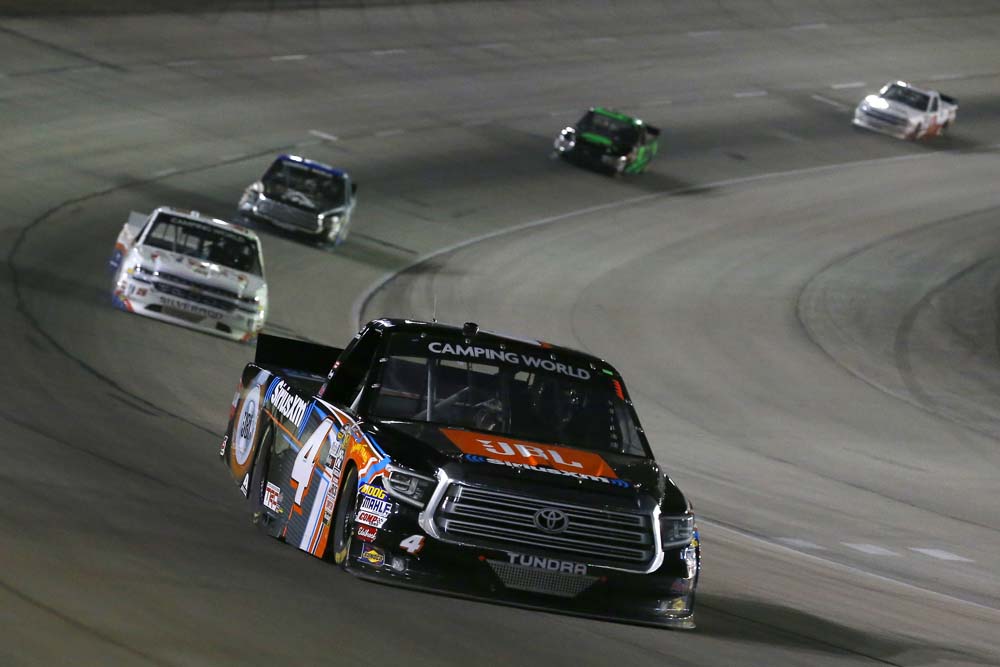 What did you learn when you tested at Homestead?

“I think we learned a lot about set-up stuff, what to do and what not to do. Also, for me feeling out the race track and watching all the race tape you can. You know the top has more grip, but once you go there and feel it, it definitely gives you a different perspective of how to prepare for this race. I’m looking forward to it.”

“It’s so hard to go off results. We’ve had a really up-and-down season I feel like. One weekend we are competing for a win and the next weekend we’re 10th place. It’s just about being more consistent and having the bad days be a top-three or top-five truck. Obviously, it could have gone better, but it definitely could have been worse too.”

What are your plans for the off season?

“We’ve been talking about maybe going down to the Snowball Derby and just hanging out. We aren’t going to race it this year. I’m sure everyone here at KBM is going to bring some fast Toyota Camrys down there, so I may just go hang out and have a little fun with them.”

KBM-045: The No. 4 JBL/SiriusXM team will race KBM-045, for Friday’s race at Homestead. Gilliland has not finished outside of the top 10 with this truck in four starts this season. He nearly won with it at Texas two weeks ago when he ran out of fuel while leading the final lap.