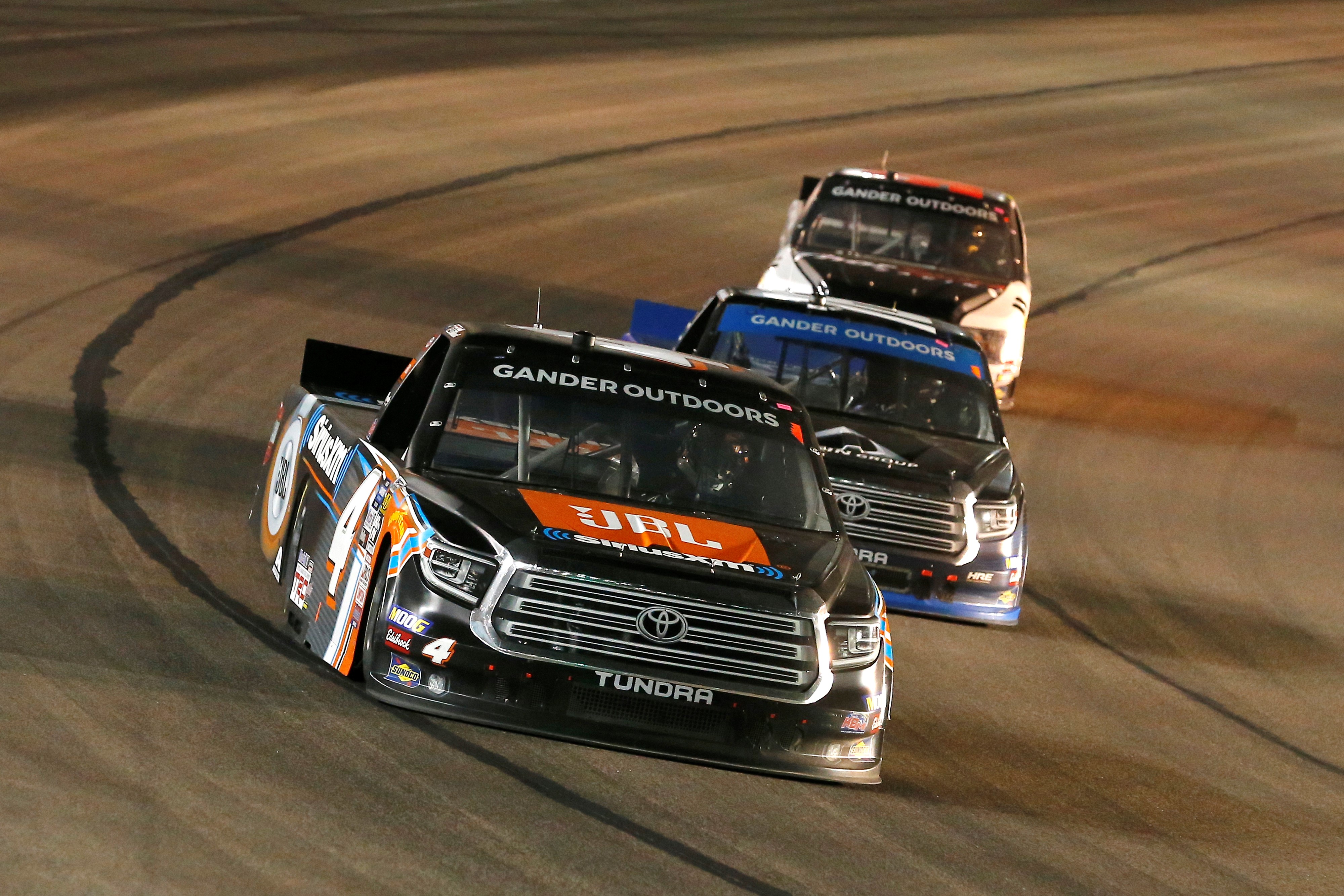 Todd Gilliland and the No. 4 JBL/SiriusXM team took the checkered flag in 14th on Friday at ISM Raceway in Avondale, Ariz. On Friday morning, Gilliland was ninth in NASCAR Gander Outdoors Truck Series first practice and sixth in final practice. In one round of single-truck qualifying on Friday afternoon, Gilliland earned the ninth starting spot.

Gilliland spent much of the race in the top-10, but battled a tight handling condition in his No. 4 JBL/SiriusXM Tundra and fell out of the top-10 in the final stage, ultimately finishing 14th.

“We started out promising. I thought we were running better than we expected to. Just as the race went on, we got a lot tighter on exit. We got looser on entry that last run. Kind of felt the handling more after that very first run. I think I could have done a better job telling [crew chief] Wes [Ward] and the crew what I needed on adjustments and I don’t know, just the details. We had speed to begin with and it was still a good weekend in our JBL Tundra until the very last stage. Just need to keep up the little bit of momentum we’ve got going into Miami and have a good weekend there.”

Harrison Burton, driver of the No. 18 Toyota Tundra, finished 7th

Chandler Smith, driver of the No. 46 Toyota Tundra, finished 3rd

Brandon Jones, driver of the No. 51 Toyota Tundra, finished 2nd

Todd Gilliland and the No. 4 JBL/SiriusXM team will return on Friday, Nov. 15 at Homestead-Miami (Fla.) Speedway for the series finale. Live coverage of the event begins at 8 p.m. EST on FS1.