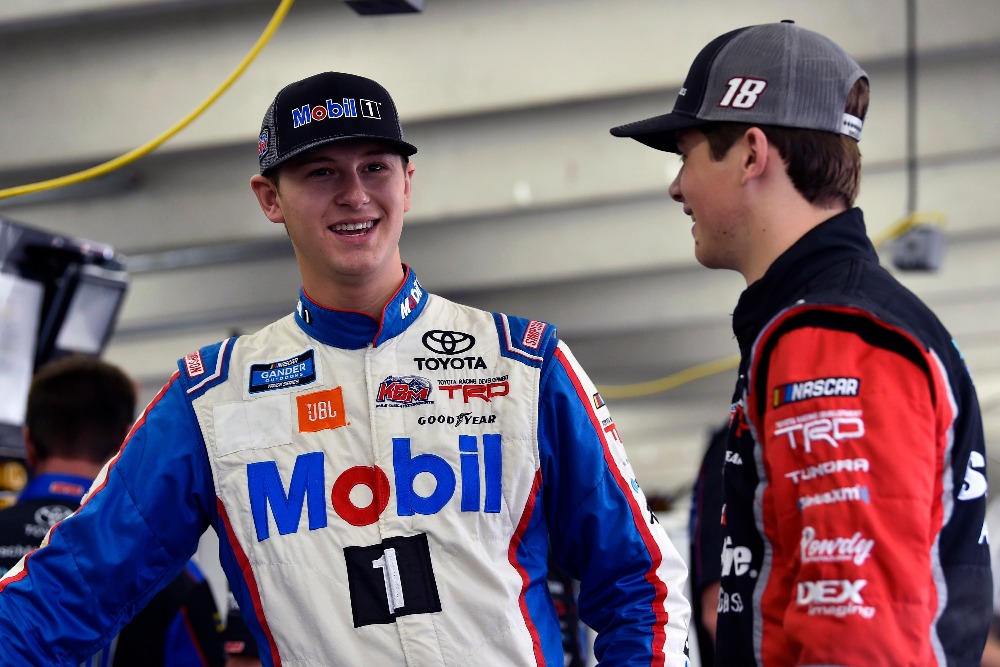 “I really like Texas, we’ve had some really good runs there in the past and some bad ones. I think we’re just looking for a solid weekend overall. Try and get in there and finish another mile and a half which is a good thing and just learn as much as we can. Just move on as a team and hopefully learn a thing or two.”

You’ve had some good runs at mile and a half tracks this year, talk about what that does for your confidence this weekend.

“It definitely feels better than finishing bad. Anytime you can run up there with some of the guys who are contending for the championship, and we will be hopefully the second half of this season, those are the guys you have to race against to get more experience and gain their respect. You also learn a lot more when you’re running up front. Hopefully we can do that more and more consistently, we can one weekend and not the next, so I think if we can just start running good consistently everyone would be a lot happier and hopefully gain some guys’ respect.”

KBM-057: The No. 4 Mobil 1 team has prepared KBM-057 for Friday’s SpeedyCash.com 400 at Texas Motor Speedway. Gilliland raced this chassis earlier this season at Las Vegas Motor Speedway and Charlotte Motor Speedway to a pair of seventh-place finishes.