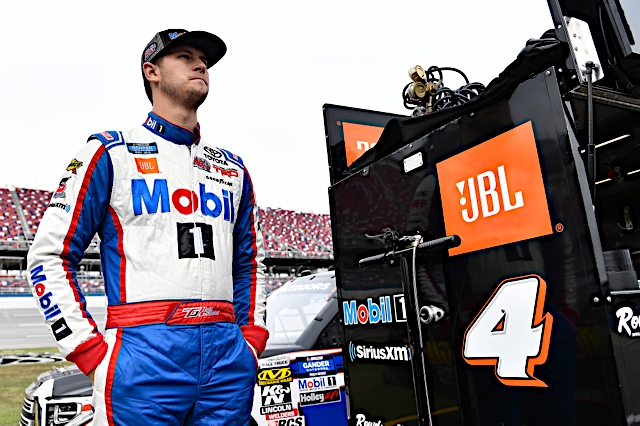 How do you feel going into this weekend with some experience at Martinsville under your belt?
“I probably have my most starts of anywhere at Martinsville, so it goes back to that short track mentality that all of us have grown up with, cutting our teeth on the short tracks. It’s funny, you can’t wait to get to mile-and-a-half’s when you’re on the short tracks and then you can’t wait to get back down to the short tracks once you’ve run the mile-and-a-half’s. I’m just really excited to get back to the slower speeds, less aero side of it and more mechanical grip. It brings everyone back to their roots and is usually a good race.”

What do you think makes Martinsville different than other short tracks?

“I think it’s just what people think about going into Martinsville is that you can hit everyone. I think that’s why you see it get really rough just because that’s what people think is the normal there and when people think it, it becomes the normal. You just have to be really aggressive but also really smart, because if you’re the guy bumping someone, there’s always going to be another guy up there that’s getting bumped that’s not going to be very happy. You have to balance risk versus reward and the beginning of the race versus the end of the race. There’s times that you make friends and that you’re going to lose a lot of friends out there, so just balancing that throughout the entire race.”

KBM-025: The No. 4 Mobil 1 team has prepared chassis KBM-025 for the Hall of Fame 200 at Martinsville Speedway on Saturday. This chassis was last used by Gilliland at Eldora Speedway in Rossburg, Ohio. In 15 starts, the chassis has been piloted to two wins, the first by Christopher Bell at Gateway in 2016 and the second by Noah Gragson at Martinsville in 2017.