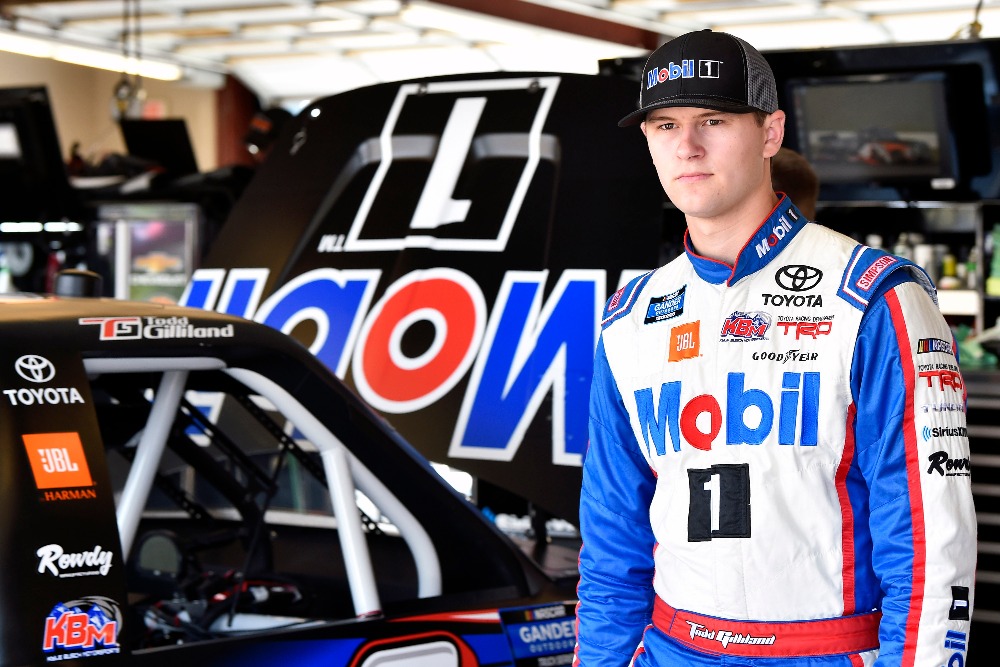 You just came back from the Goodwood Festival of Speed in England, talk about that experience.

“It was a lot of fun, seeing so many cars that I’ve never seen before that I’ve just heard about. We got beat by one that was actually racing that was all electric and almost 15 seconds faster than us. It’s crazy just thinking about something going that much faster, and just seeing all the history and all the race fans that are there from all different aspects of racing is really cool, to see people come together and just love racing that much.”

How would you rate your season so far?

“I think it wasn’t very good obviously the first half. I think just in the last four or five races we’ve turned things around and been more on the upswing. We came away with a second-place finish at Gateway, we finished sixth last week. Our finishes haven’t been that bad in the past couple weeks. We still need to be faster in practice, get more stage points and stuff like that. Our finishes are getting a little bit better. Just building momentum every week and not have those weeks that you wreck or finish near the back or even last. Just have to be a little smarter on those weekends and make the most out of every race.”

What do you like most and least about racing at Kentucky?

“Well I’ve only raced there once. I like the speed of it, but I’d say entry of turn three is something I don’t like, just because it’s so flat you’re carrying a lot of speed in there and you can kind of put yourself in a bad position really fast. It’s about having your truck be under you to where you can be aggressive and make passes, and at the same time still make the corner and get turned in the center. Kind of a hard balance. One and two is a little bit faster and more banking, and three and four is flatter but you’re still trying to go wide open through there so it makes it a little bit tougher.”

KBM-060: The No. 4 Mobil 1 team has prepared chassis KBM-060, which is the same chassis Gilliland piloted to a second-place finish at World Wide Technology Raceway at Gateway earlier this season.