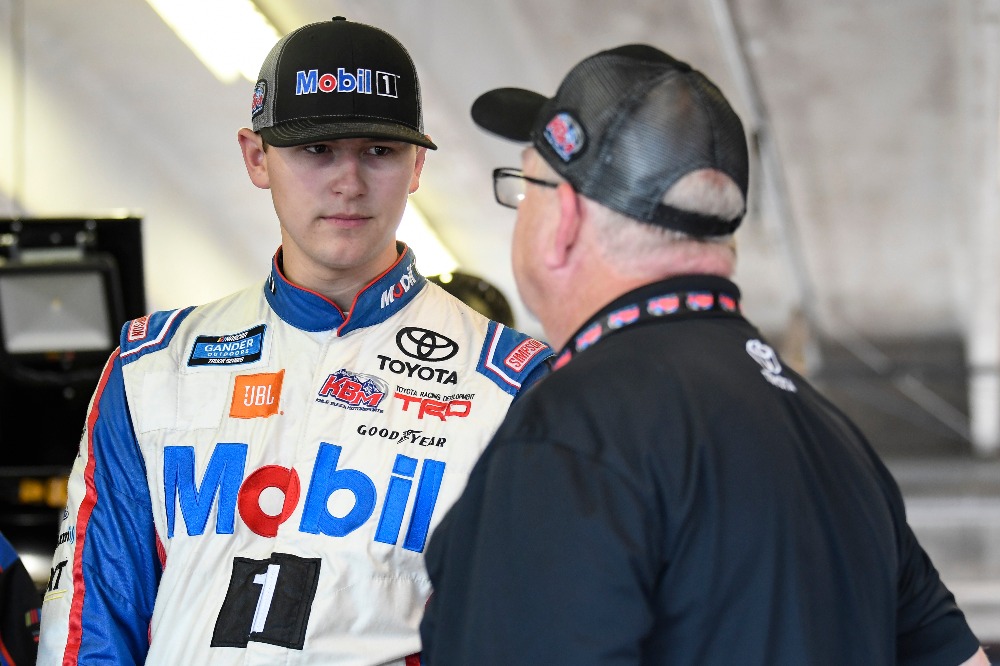 Last year you recorded your best career finish at Gateway, how does that change your mindset this weekend?

“I felt like last year was one of our best weekends, all the way through practice, qualifying and the race. It was just really smooth, I felt like my Tundra last year was really comfortable and had good speed. It didn’t have great speed but still better than what we have been. I’m really excited to go back there. The race was a lot of fun and kind of hard to pass at times, but the final restarts were really exciting and hopefully we can get one spot better this year.”

“Turns one and two are really tight, with a little bit more banking and it seems like you go in there, stop, get pointed and stomp back on the gas. In three and four it’s really flat, really long and it seems like you’re off the gas forever. It’s just about being able to turn really good in three and four and in one and two. It’s just different corners and a lot different loads, so it makes it a little bit more challenging for the crew chiefs, but more than anything balance and getting it to turn on both ends.”