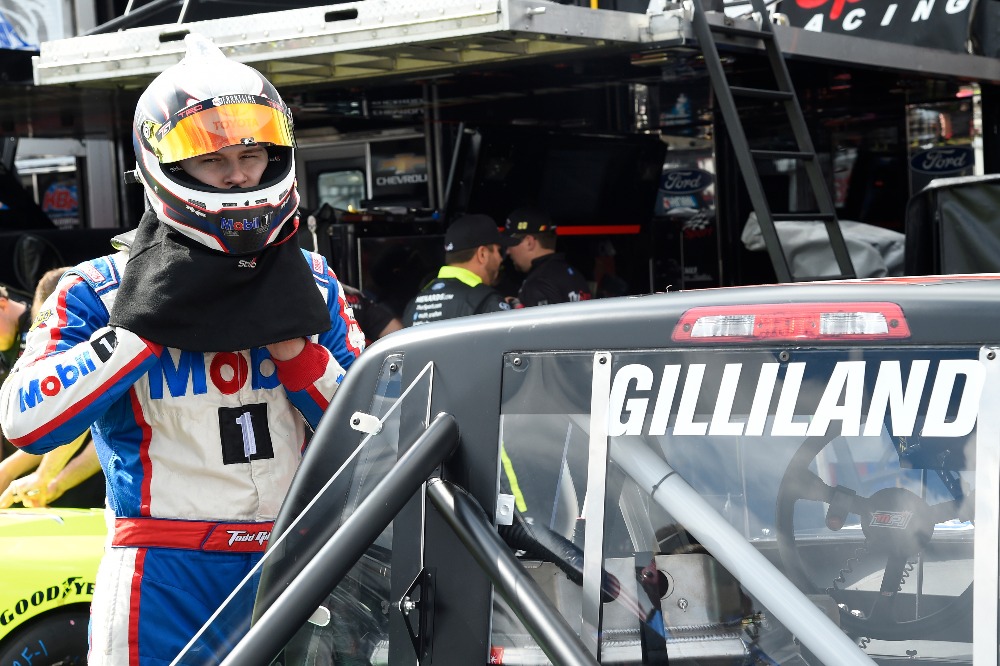 You have some experience at Dover in the K&N Series and Trucks, does that give you more confidence at all going into this weekend??

“Yeah, definitely. Always track time helps. I feel like Dover is a place that KBM has run good as a whole. I’m really excited, we have four trucks going to Dover, so that’s a lot of experience, a lot of teammates to lean on and hopefully a lot of good results.”

What’s the biggest challenge at Dover?

“I think just in the race it’s really hard to pass because everyone wants to be on the bottom, but sometimes you can move up a little bit. That’s what I’m hoping this year. Hopefully we’re just in the front, running all on our own and we don’t have to worry about that.”

KBM-041: The No. 4 Mobil 1 team will unload KBM-045 at Dover International Speedway for Friday’s JEGS 200. This chassis has 10 starts and one win, at Chicagoland Speedway in 2016 with owner-driver Kyle Busch behind the wheel.