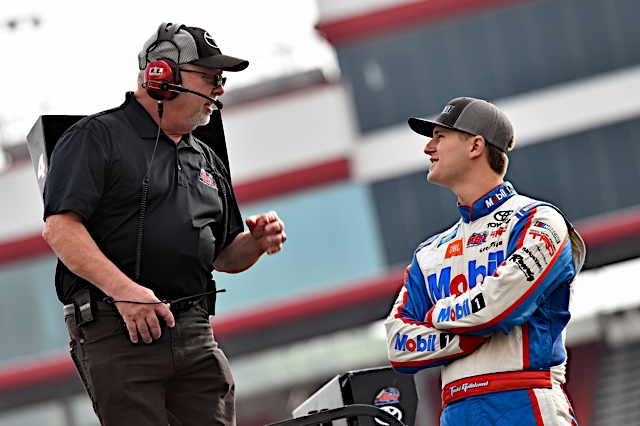 We are heading back to Canada, are you looking for redemption from last year?
“Absolutely, last year we had one of our best races, one of our best trucks. We were really fast, both me and Noah. The end sucked, but it is what it is. I think just with the speed we had last year, we had a different motor, so hopefully we have the same kind of speed when we go back there this year. Everyone is working twice as hard to make up for everything, all the little details, so that we can be fighting it out as teammates that much ahead again this year.”

You’re in the same chassis, does that give you some extra confidence?
“Yeah, I think we have a little bit different setup this year with Marcus Richmond not being my crew chief. He’s been really good there in the past, but so has Rudy Fugle and that whole truck, so we’re going a little bit closer, all three of our trucks are really very similar. Hopefully we can all be good and lean on each other. We’ve got a lot of experience in the 51 truck with Alex Tagliani, so we’re really looking forward to working with him and learning what he’s got to offer.”

KBM-049: The No. 4 Mobil 1 team has prepared chassis KBM-049 for this weekend’s event at CTMP. This is the same chassis Gilliland piloted last year at the scenic road course, leading 11 laps and going for the win until contact from another vehicle sent him spinning in the final turn. The chassis also recorded a second-place finish at CTMP in 2017 with Noah Gragson behind the wheel.