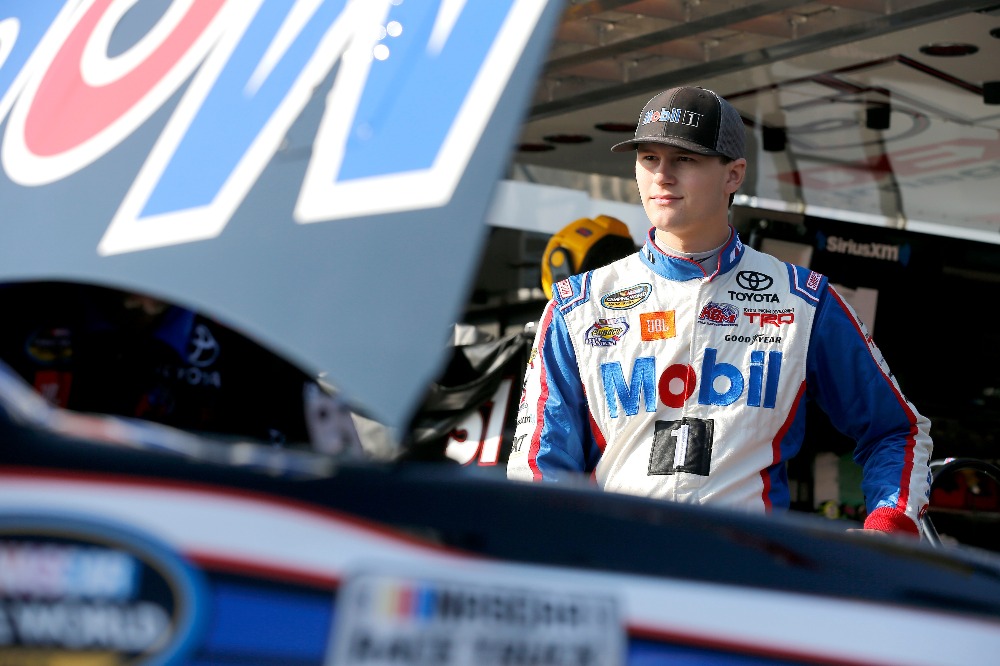 You’ve never raced at Atlanta, but you have raced at Charlotte and Las Vegas, do you think that experience will be helpful this weekend?

“I think just mile and a half experience in general is going to help at Atlanta. We were able to go to the test there when my teammate Harrison Burton was testing and I think I learned a lot from that. You’ve just got to be right on the bottom and hopefully we’ve got one of the best trucks there. I have confidence in my team and it’s going to be a good weekend.”

What are you looking forward to most about this weekend?

“Atlanta looks like a track where you can move around a lot. If there’s someone in front of you, you aren’t stuck in their dirty air the whole time, you can move up and try to get a run around them. I think that’s going to be a lot of fun, you can actually pass and keep air on your nose at all times. Seems like all the lines will work so hopefully you’re moving around adapting throughout the race.”

How does having an experienced crew chief and team help you?

“It helps a lot. Just being back with my same team is a big help, I feel like. Everyone knows each other really well and we have a couple of new pieces, but I feel like it’s all coming together at the right time.”

KBM-052: The No. 4 Mobil 1 team will race KBM-052 for Saturday’s Atlanta 200. This chassis has been raced four times, three by Todd Gilliland at Pocono, Chicago and Texas and once by Kyle Busch at Kansas in 2018. Its last outing was in July at Pocono where Gilliland finished seventh.