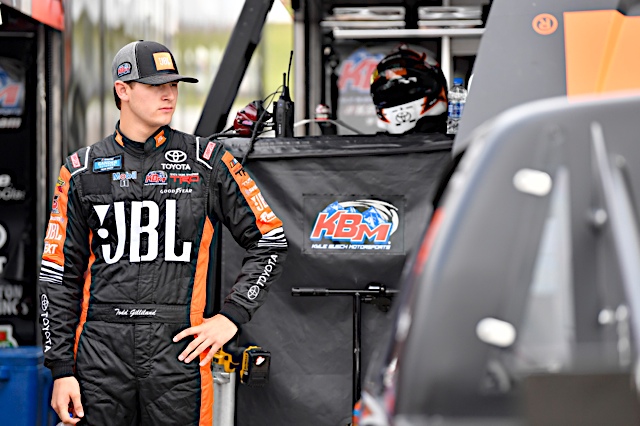 You are doing double duty this weekend at Pocono with the Gander Trucks and ARCA Series, how does affect your weekend?

“I’m really excited to run both again. I did it there last year and it was a really busy day. This year it’s even busier. I think everyone is kind of back and forth, so it’s going to be a lot of fun. Jumping back in the ARCA cars they feel a lot faster, but about the same speed, so the Trucks are easier when you jump back in it with more downforce, so hoping that’s the case this weekend.”

How do you think the racing will be with the PJ1?

“I think the racing will be better. Through three and four it’s really flat and there’s really nowhere you can go. There’s only so low, because of the grass, and once you get in dirty air, especially in the trucks you just lose the nose really bad. I think the PJ1 will be able to catch you a little bit and hopefully it makes some more side-by-side racing and promote another lane a little bit more and if nothing else try something. So, I’m really happy that they’re trying it.”