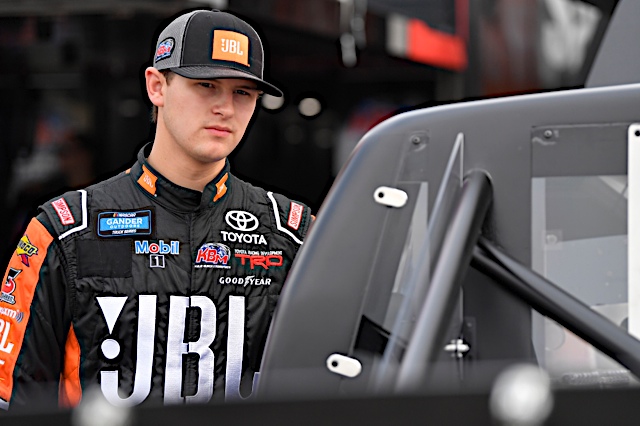 What do you feel you need to do to get in the playoffs this weekend?
“Michigan is obviously a two-mile race track, pretty big and wide. With the amount of downforce and the drag that these trucks have, you’re pretty much in a pretty close pack the whole race. It’s still single file, it’s not like Daytona or any means like that. You still get a lot of big runs, you have to position yourself where it’s smart down the straightaways to get the best run and in the corners to be able to stay with them and make the best lap time as you go. I feel like I had a pretty good truck there last year, I just got too tight in the race, but all through practice I felt like we were pretty good. I really like the race track. Hopefully, we can be really fast this year and at least be in position to get ourselves in the playoffs.”

KBM-041: The No. 4 JBL team has prepared chassis KBM-041 for this weekend’s Corrigan Oil 200. This chassis was last used earlier this year by Gilliland at Dover, and has been driven to one win, by owner-driver Kyle Busch at Chicago in 2016.