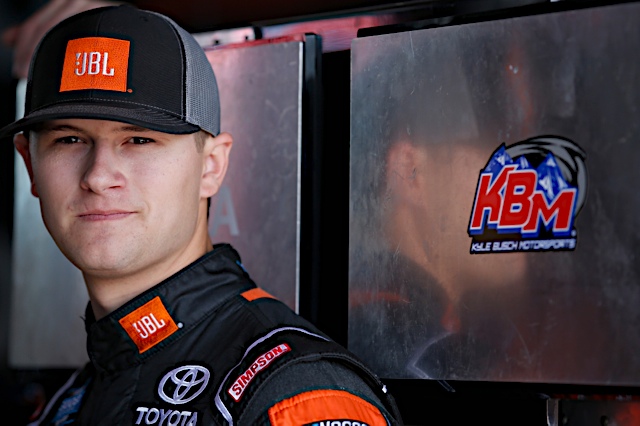 What are your expectations for this weekend?
“Same as every week. I feel like we can go there and compete for a win. I think still just trying to get consistent, we’ve ran good at Vegas in the past and I feel like we’ve qualified good and raced good and just haven’t gotten the finishes. Everything gets turned up even more I feel like at this race track than anywhere else. Restarts get a little crazier, this is a place that if you get stuck on the bottom you can lose four or five spots pretty fast. You just have to be smart and put yourself in the right positions, because everything is magnified this week compared to others.”

How is Las Vegas Motor Speedway different than the other 1.5-mile tracks we go to?
“I think the difference is the difference in the two races throughout the year. We go there in the springtime and it’s really cool and the race track has a ton of grip, then we go here in the fall, basically the end of summer, and it’s still really hot there and the track has a lot less grip and you’re able to move around a lot more, so I really enjoyed the fall race a lot more last year. Multiple lanes is what a driver wants and Vegas really brings that to the table in the second race.”

KBM-060: The No. 4 JBL team has prepared chassis KBM-060 for this weekend’s World of Westgate 200. This chassis is the one that Gilliland piloted to a second-place finish at World Wide Technology Raceway at Gateway earlier this season. It also raced at Kentucky Speedway, where he was running in the top-five when his engine expired late in the race.