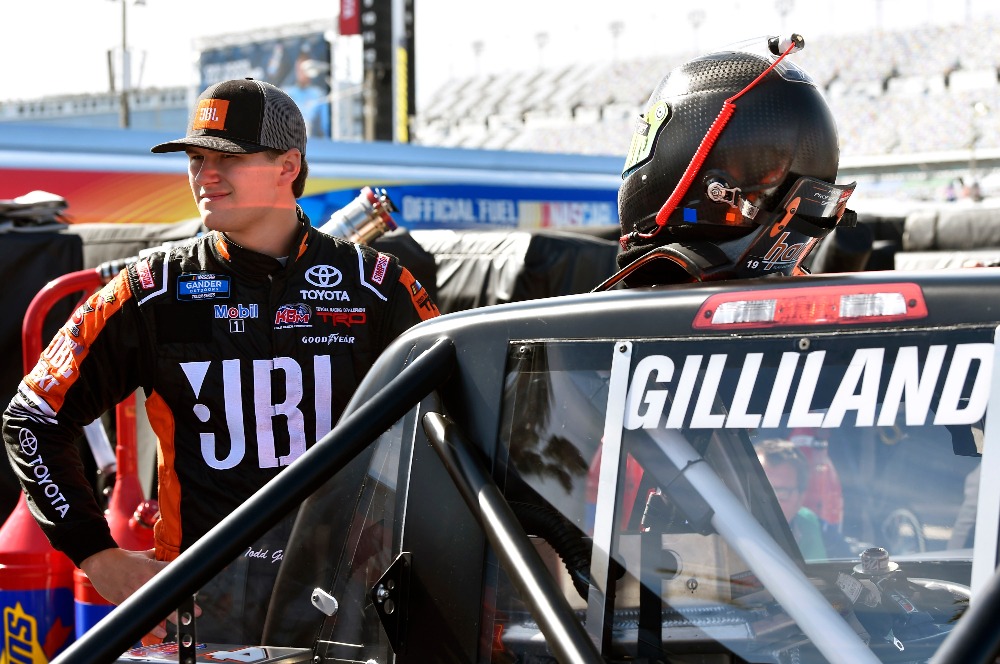 After two strong runs at Texas last year, are you looking forward to getting back this week?

“Absolutely. I’d say Texas was probably our best, most consistent race track out of the season. We went back there twice and we had top-five trucks both times and that was probably the closest we were to getting our first win. Hopefully, we can have the same performance this week and the same really fast JBL Toyota Tundra out there and come home in Victory Lane.”

What does it take to have a fast truck at Texas?

“Well, Texas is definitely a different track now. A lot of people said it was really high-banked and really fast before the repave. Now (Turn) 1 and 2 is kind of slower and a lot flatter. You’ve got to always be sure you get down to the bottom and you have to cut the center right there to get a good run on exit. Then (Turns) 3 and 4 you’re pretty much wide open the whole race and it’s got a ton of banking — it’s really fast. It’s just about balancing both ends and tying together the whole race track.”

KBM-045: The No. 4 JBL/SiriusXM team will unload KBM-045 at Texas Motor Speedway for Friday’s Vankor 350. This chassis has 10 starts and one win, at Charlotte in 2017 with owner-driver Kyle Busch behind the wheel. This is the same chassis that Gilliland raced last fall at Texas, where he led 60 laps before running out of fuel in the lead at the end of the race, ultimately coasting to a fourth-place finish.