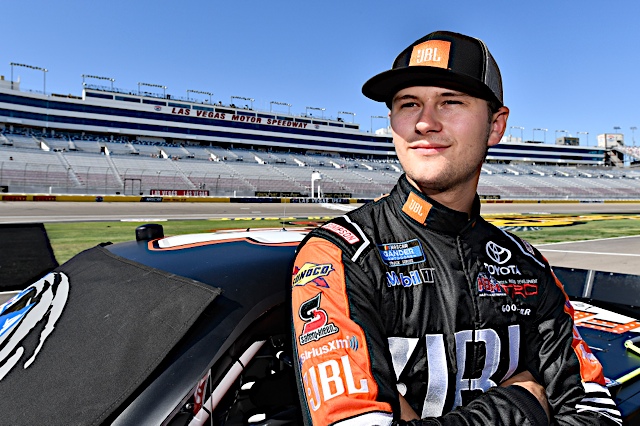 How much momentum does your win at Martinsville give your team going into the final two races of the season?
Overall attitude, excitement to go back to the race track is definitely higher after Martinsville. I think it’s always a good thing – like everyone says, winning helps everything. I think the last two tracks are certainly somewhere we can contend at. We’ve had a strong last three races. I think we finished fifth at Vegas, second at Talladega and won Martinsville. I think things are definitely going in the right direction, so we just need to keep it up.

You won your first K&N race here in 2015, does that give you a little extra confidence boost going into this weekend?
I’ve always had confidence going back there, but I’ve just never run really good in the truck there. I guess it’s just another race track. There’s nothing really hard about it, just getting the truck to drive good and comfortable at the same time. Hopefully we can repeat that K&N win and get back to victory lane.

KBM-041: The No. 4 JBL/SiriusXM team will unload chassis KBM-041 this week. This chassis has 12 starts, with one win by Kyle Busch at Chicagoland Speedway in 2016. It was most recently used by Gilliland at Michigan International Speedway earlier this season.