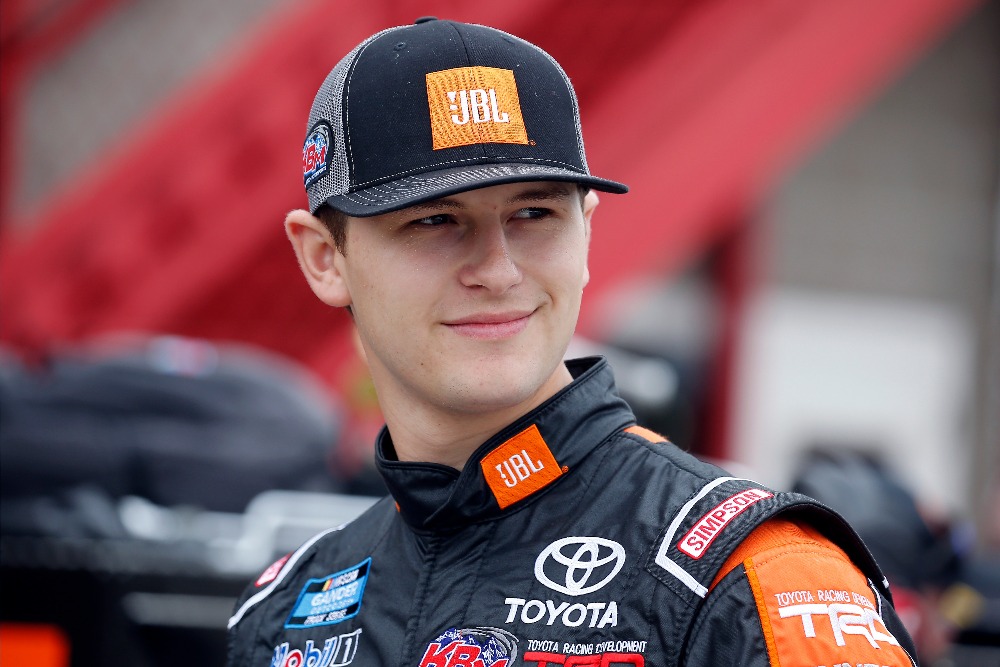 Talk a little about your experience at Iowa.

“We’ve had some good runs in K&N cars. Won both my starts there in K&N. We were running third last year and I wrecked in the truck, so hopefully we can have another strong run and carry the little bit of momentum we have from our past couple races. We’ve actually had good speed but haven’t had the results. We’ve got that puzzle piece back and now that we’ve got the speed, we just need to go back to finishing these races and being smart. So, changing it up and being better every week.”

How is Iowa different than the 1.5-miles we’ve gone to recently?

“Hopefully it’s more fun. Iowa has always been a cool racetrack for us. You can move around. It races kind of like a mile-and-a-half but you don’t have the aero aspect of it. You can dive to the bottom, slide up in front of people, it’s a really good race and really competitive. There’s going to be a lot of good trucks there and we’re going to be the best one there.”

What’s the most challenging thing about Iowa?

“I think the lack of grip everywhere. That’s part of the reason why you can move from the top to the bottom because there’s no grip anywhere. You can slide around, race side by side with people and give them room and have enough grip to get around the racetrack but not enough to make it a good race. I think that’s the challenging part, but also a little bit of transition from daytime to nighttime and keeping up with the race track all night.”

KBM-045: The No. 4 JBL/SiriusXM team will unload KBM-045 for Saturday’s M&M’s 200 at Iowa Speedway. Gilliland raced this chassis earlier this season at Texas Motor Speedway in March. The machine has one win, at Charlotte Motor Speedway in 2017, with owner-driver Kyle Busch behind the wheel.