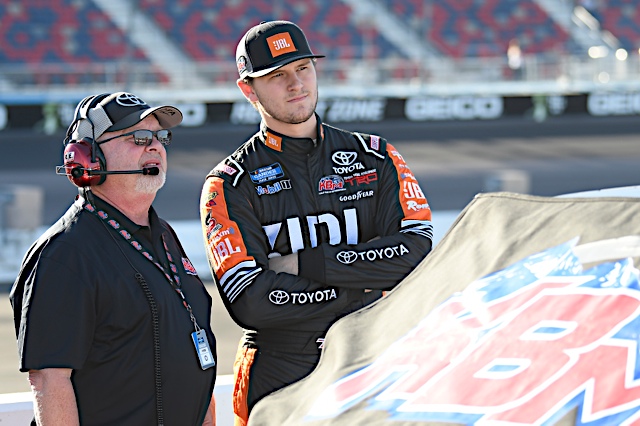 What are your thoughts going into the season finale this weekend?
“Last year at Homestead we didn’t run that great, but this year we’re going a little bit different. I feel like Homestead is just a fun track overall. It’s a great place to finish out the season. The last championship race is there for now. It’s just an all around really cool experience, the weather’s great, so we’ll go down there and enjoy that for a little bit and hopefully have a great run.”

How is Homestead different than other 1.5-mile tracks?
“Homestead is just shaped different than most other mile-and-a-half race tracks we go to, as well as the racing surface is really worn out. That makes for great racing, you can move up and down the race track. A place like Texas is a brand-new surface so that’s where you really see the one lane right at the bottom and I think Homestead’s been different for that. I’ve seen a lot of people run right by the wall and a lot of people right at the bottom. It’s a lot of fun to be able to move around. It makes it easier to pass and you’re sliding around, I think every driver is having fun.”

KBM-057: The No. 4 JBL/SiriusXM team will unload chassis KBM-057 for the season finale at Homestead-Miami Speedway on Friday. This chassis was brand new earlier this year, with Gilliland running it four times at Las Vegas Motor Speedway, Charlotte Motor Speedway, Texas Motor Speedway and Pocono Raceway, finishing seventh each time other than Texas, where he finished 27th following a wreck after leading 31 laps.