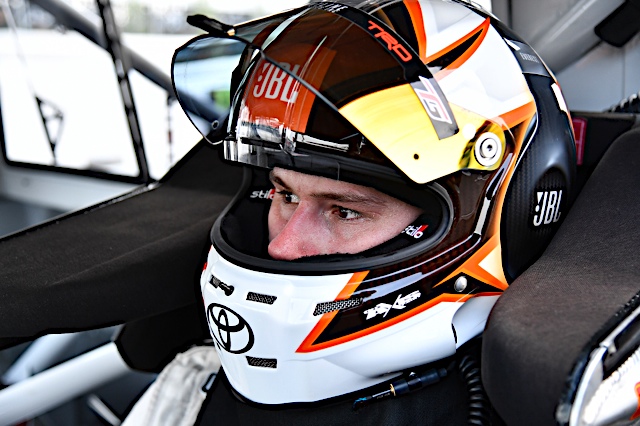 What are the unique challenges of racing dirt at Eldora?
It is really challenging. You know on an asphalt track once you start getting passed, you can drive a little bit harder maybe and find that extra little bit and either maintain or pass some guys back, but on Eldora last year I felt like every time I got passed, I’d try and get in the gas a little bit harder and just spin the tires worse and worse and lose more spots. It takes a little bit extra discipline to be really smooth and consistent throughout the race.

What are your goals going into this weekend?
Well, last year we ran pretty good. I won my heat race and started second in the main event, so I think I could win. It’s just another race track, just another circle. Somebody’s got to win it and I feel like we could.

KBM-025: The No. 4 JBL team has prepared chassis KBM-025, Gilliland raced this chassis earlier this year at Martinsville Speedway to a 15th place finish. Previously Noah Gragson raced it to a win at Martinsville in 2017 and Christopher Bell was victorious with it at Gateway in 2016.