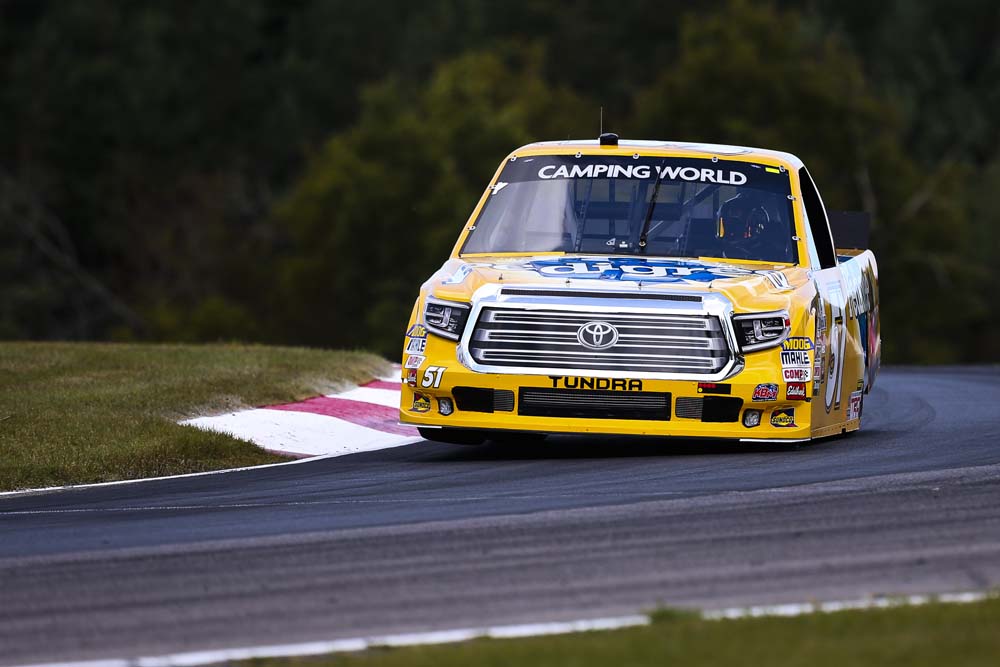 Since you raced in Canada last year, what do you think of the track?

“It’s pretty fast for a road course. I think it takes a little bit of something different than a place like Sonoma. Watkins Glen is a good place to compare it to. We’ve run decent there in the past, so I feel good about our chances this year.”

“Yeah, road course racing is definitely difficult and kind of brings a new side of a driving style out. I like it and I guess it’s just a different challenge, but I know my team and I are up for it.”

What is the most challenging part of road racing?

“I’d say just staying focused and the mistakes are the biggest things. If you have a good road course racer I’d say that’s the only thing that makes him that much better is the amount of mistakes that he makes and that’s something we’ve been working on.”

KBM-049: The No. 4 Frontline team will race KBM-049, for Sunday’s race at CTMP. This Tundra was new for last year’s race at CTMP when Noah Gragson finished second.