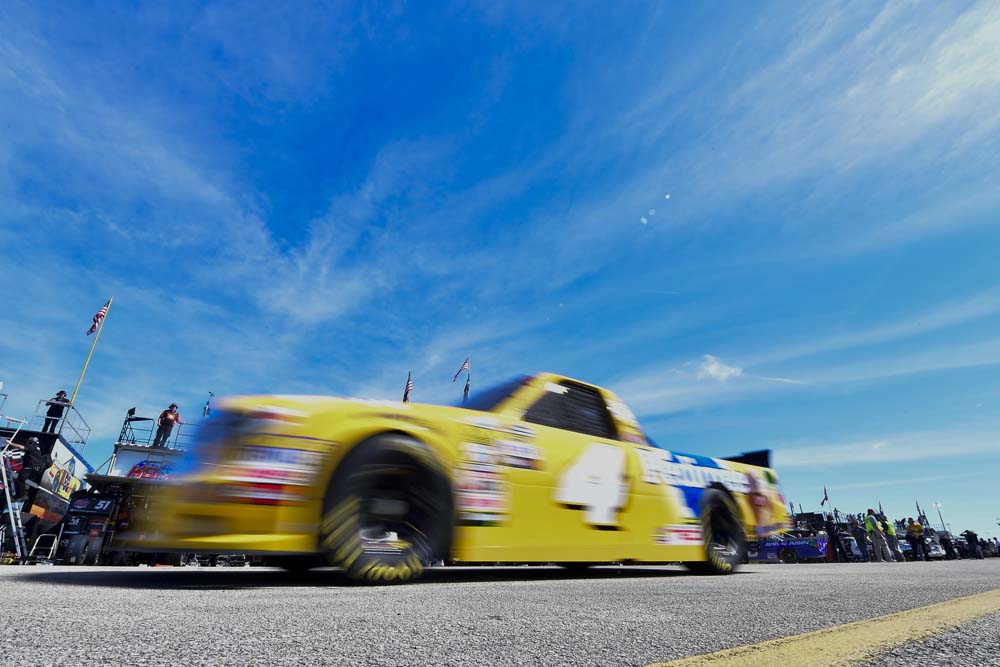 What have you been doing to stay busy since the last truck race at Martinsville?

“Since Martinsville I’ve been catching up on a lot school work, we’ve gone to a few different tests, I raced Bristol in the DGR-Crossley car and we were able to come away with a win there, so we’re getting more confidence working with the same Kyle Busch Motorsports team I’ll have the rest of the year. I just want to be as best prepared as possible.”

You had a strong run at Dover last year, so does that give you more confidence going into this race?

“I think it really helps out starting out my 2018 season with Martinsville and Dover, the two tracks I’ve been to last year and two tracks I really like. We’ll start back after a few weeks off at Dover and hopefully have a strong run.”

Since your Dad (David) is in the truck race at Dover will you race him any differently than the other drivers?

“No, I’d say I’ll race my Dad the same and maybe even harder! I don’t know about that one yet. He’s just another truck out there and we all want to win just as much as each other. That’s where I get my competitiveness from, so it probably goes both ways. We’ll see how it goes.”