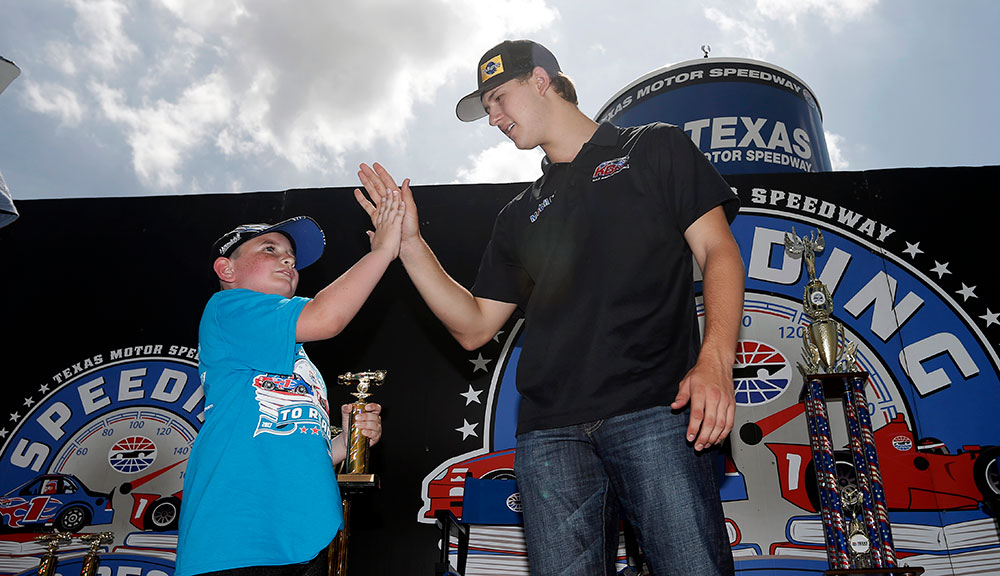 FORT WORTH, Texas (May 23, 2018) – An 18th birthday always is a milestone moment so it was only appropriate that NASCAR Camping World Truck Series driver Todd Gilliland was serenaded with “Happy Birthday” by approximately 6,000 elementary school students during Wednesday’s Speeding To Read Championship Assembly at Texas Motor Speedway.

Gilliland returned the favor to the kids as he served as the special guest and recognized the top readers in the Backstretch Conference Assembly, which consisted of 10 of the 21 Dallas/Fort Worth elementary schools and approximately half of the 12,061 students that competed in the year-long education program. Verizon IndyCar Series drivers Scott Dixon and Gabby Chaves were on hand Tuesday at Texas Motor Speedway to honor the Frontstretch Conference schools and students.

“That’s the most energetic group of 6,000 people I’ve ever come across,” Gilliland said of the appreciative crowd of students. “Sometimes you get to meet and talk to 50 kids at one time and all you can do is tell them about it (racing). (Through Speeding To Read) there’s 6,000 kids at the actual facility that is one of the more impressive that we go to. So, I think once they see it, they’ll love it. … I think this will get a lot of them hooked.” 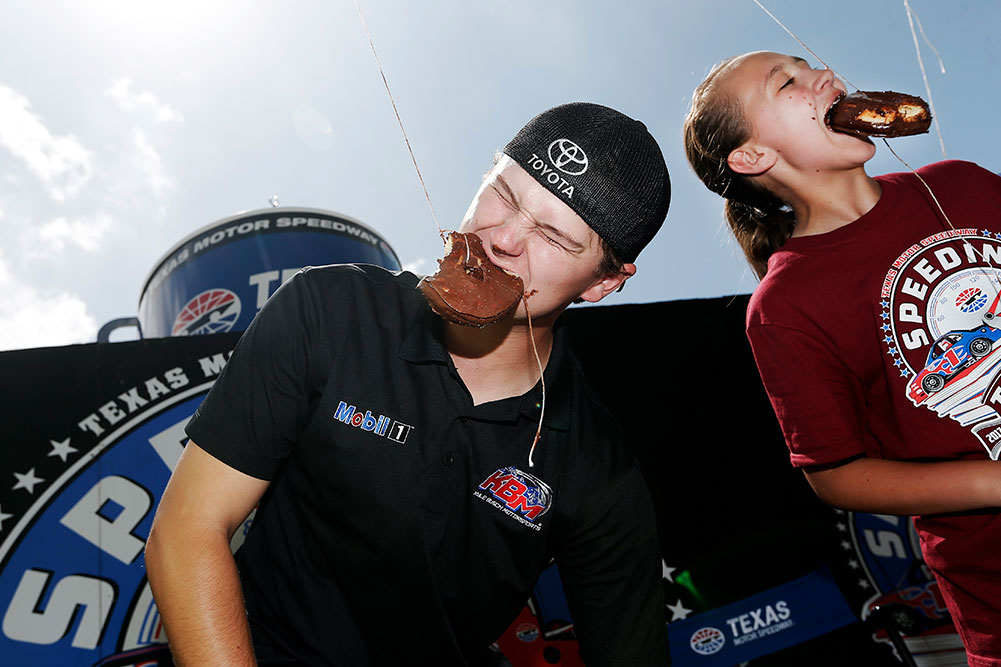 The Backstretch schools on hand for the assembly were B.B. Owen, Homestead, Vickery and Peters Colony of the Lewisville ISD; Lakeview, Hughes and Seven Hills of the Northwest ISD; Shands and Black of the Mesquite ISD; and Marsalis of the Dallas ISD.

The Backstretch Conference combined to read 703,296 books during the course of the school year and the 21 schools overall read a program-record 1,568,670 books.

The Colony’s B.B. Owen co-shared the Speeding To Read school championship with Lantana’s E.P. Rayzor for the second consecutive year. B.B. Owen and Rayzor once again were perfect, with 100 percent of their respective student bodies achieving the pre-set reading goals. The school will be rewarded with a school-wide ice cream sundae party compliments of Levy Restaurants, the official concessionaire of Texas Motor Speedway.

The following were recognized at the assembly:

That 18th birthday, which came last Tuesday, was what actually brought Gilliland to Texas Motor Speedway this week as well as the championship assembly. Per NASCAR, drivers must be at least 18 years old to compete on 1.5-mile ovals such as Texas Motor Speedway. 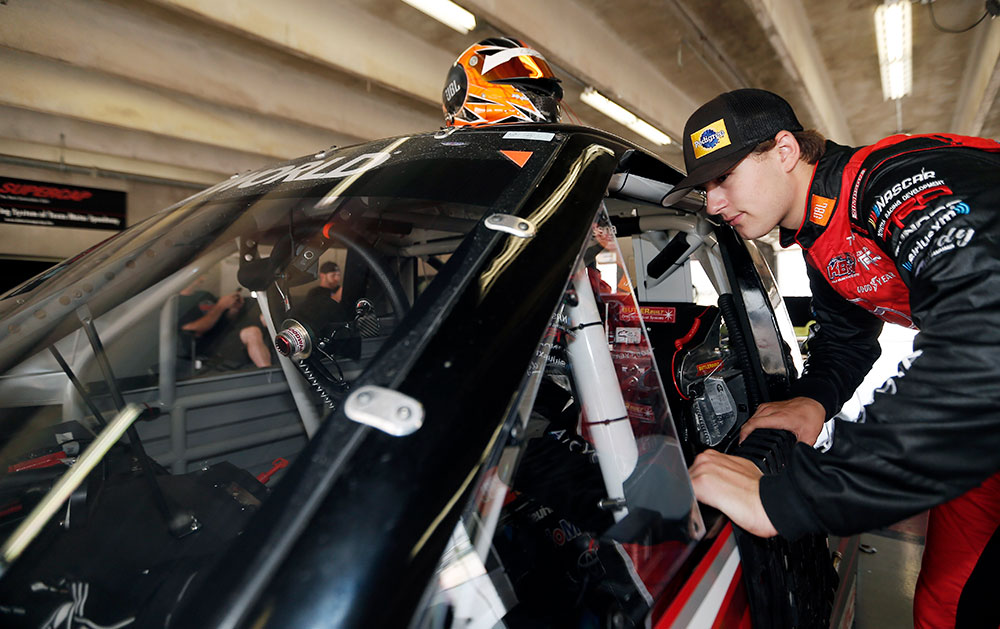 Following the assembly, Gilliland was on track in the No. 4 Pedigree Toyota Tundra for Kyle Busch Motorsports for the final day of his two-day test session on the 1.5-mile oval. He will make his first career Texas Motor Speedway start when he returns Friday, June 8 for the NCWTS Rattlesnake 400.

“I didn’t realize how good the truck could be on a mile and a half like this. You’re almost wide open around here, so it’s a little different from what I’m used to on the shorter tracks,” said Gilliland, who finished 10th in his 1.5-mile debut in the NCWTS last week at Charlotte Motor Speedway. “You have to almost be lights out on the mile-and-a-half tracks to be a championship contender. … But I think from here on out we’re going to be a lot stronger and that’s what it’s all about, continually learning.”

Prior to the Rattlesnake 400, Gilliland announced Wednesday that he will have his high school graduation commencement ceremony on the pre-race stage with his parents. Gilliland, who is finishing up on-line courses for his degree, will become the fourth NCWTS driver in the past five years to “graduate” and then race at Texas Motor Speedway the same evening. The others were Erik Jones (2014), Cole Custer (2016) and Noah Gragson (2017).

“Just to have it (the graduation) here at Texas, my second mile and a half, I’m turning over a new leaf on the racing side also,’’ Gilliland said. “We have a lot of family coming out; my mom is pumped.”

Since Speeding To Read began in 2011-12 with one pilot school, the educational program has impacted nearly 36,000 children from 64 schools across the DFW Metroplex. Those students have combined to read more than 5.2 million books in the program’s existence.

For more information on Speeding To Read, please visit www.speedingtoread.com or inquire with the Texas Motor Speedway Media Relations Department at pr@texasmotorspeedway.com about enrollment for the 2018-19 school year.