Todd Gilliland Concludes Season with Eighth-Place Finish at Homestead in No. 4 JBL/SiriusXM Tundra 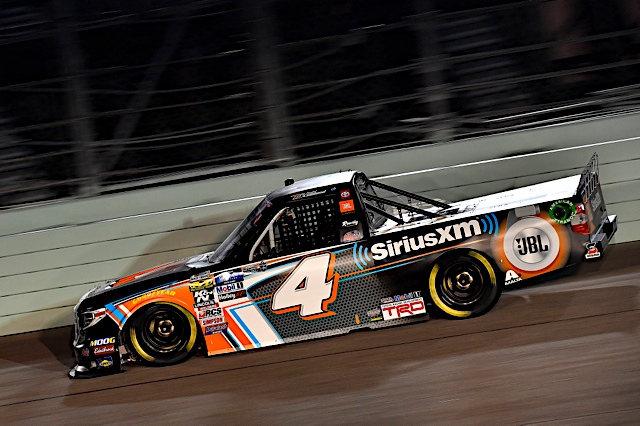 Gilliland rallied as high as third in the final race of the season, but had trouble on restarts and fought the handling on his Tundra. Ultimately, he was able to rally to an eighth-place finish.

“I felt like I’d always lose spots on the restarts, but that we were really fast on the long runs. There at the end we hit something and it went through the grille and I’m not sure what that did to us. I just want to thank everyone at KBM, Toyota Racing, JBL and Mobil 1 for the last two years. We had some really high highs and some really low lows, but I learned so much and I’m grateful for the whole experience.”

Harrison Burton, driver of the No. 18 Toyota Tundra, finished 13th

Christian Eckes, driver of the No. 51 Toyota Tundra, finished third

The NASCAR Gander Outdoors Truck Series will open the 2020 season at Daytona (Fla.) International Speedway on Feb. 14. Live coverage of the NextEra Energy 250 begins at 7:30 p.m. ET on FS1. Canadian driver Raphael Lessard will be behind the wheel of the No. 4 Tundra.