Todd Gilliland to Compete for Rookie of the Year in the No. 4 Tundra 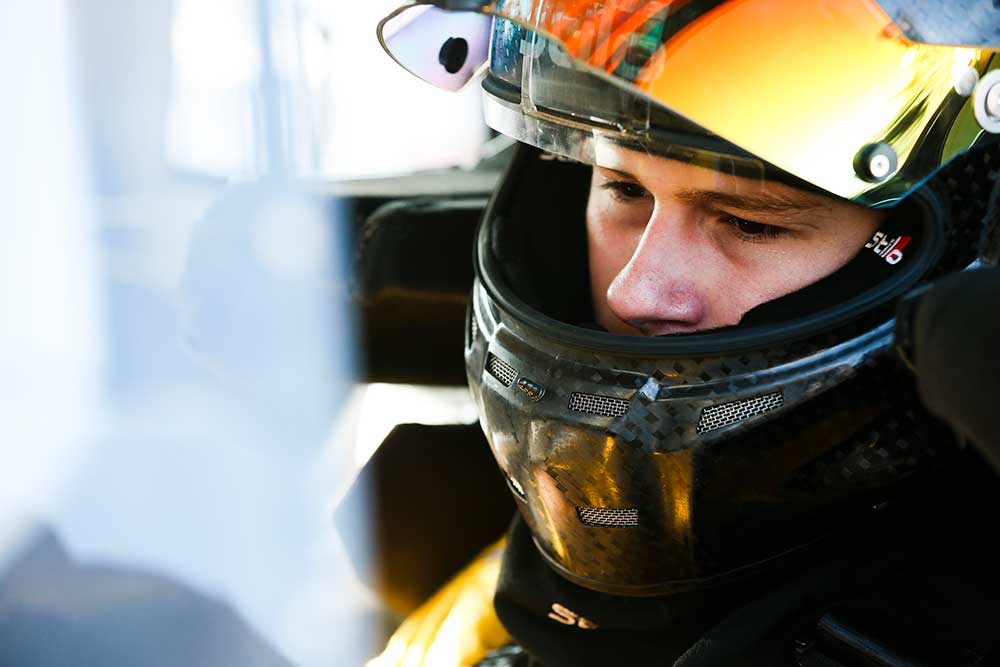 David Gilliland to Drive for the No. 4 Toyota Team in the Season-Opening Daytona Race

MOORESVILLE, N.C. (Jan. 17, 2018) – Kyle Busch Motorsports (KBM) announced today that Todd Gilliland will drive the No. 4 Tundra in 19 NASCAR Camping World Truck Series events in 2018 and vie for the Sunoco Rookie of the Year honors.  The 17-year-old will make his 2018 debut at Martinsville (Va.) Speedway March 24 and then race at Dover (Del.) International Speedway May before running the remainder of the schedule starting at Charlotte (N.C.) Motor Speedway May 18 after he becomes eligible to compete on larger tracks when he turns 18 on May 15.

David Gilliland, Todd’s father, will pilot the No. 4 Tundra in the season-opening event at Daytona (Fla.) International Speedway, while Kyle Busch will be behind the wheel of the No. 4 at Atlanta (Ga.) Motor Speedway Feb. 24 and Kansas Speedway in Kansas City May 11 as previously announced. An announcement on the driver for the March 2 event at Las Vegas (Nev.) Motor Speedway is forthcoming.

Todd Gilliland made his NASCAR Camping World Truck Series debut for KBM at Dover last June. He spent time inside the top five before being relegated to a 20th-place finish after experiencing a broken wheel. He registered an average finish of 5.0 across his final three races of his six-race Truck Series schedule in 2017, including a career-best third-place finish at New Hampshire Motor Speedway in Loudon on Sept. 23.

“With back-to-back championships in the K&N West Series the last two seasons and a runner-up finish in the East Series this year, Todd’s proven that he knows how to win races and compete for championships,” Kyle Busch said. “He showed improvement over the course of his six-race schedule last year and after he turns 18 in May and is able to get behind the wheel on a regular basis, we expect that he will continue to improve, start competing for wins and be a strong contender for the Truck Series Rookie of the Year.”

“I’m super excited be continuing my development within the Toyota Racing family and look forward to being behind the wheel of KBM’s No. 4 Tundra this season — especially after my 18th birthday when I can run all of the races,” Gilliland said. “I’ll still be at the track for the early races when I don’t get to compete so that I can learn as much as I can from being around the guys on the team and watching my Dad and Kyle before my first 1.5-mile race at Charlotte.”

David Gilliland boasts 332 career starts in the Monster Energy NASCAR Cup Series, 56 in the NASCAR Xfinity Series and 10 in the Truck Series. His lone National Series win came in the 2006 Xfinity Series event at Kentucky Speedway in Sparta. He’s captured two poles in the Cup Series at Daytona, pacing the field to the green in both the 2007 Daytona 500 and the 2014 July event, and finished third in the 2011 running of the “Great American Race.” He recorded a sixth-place finish in his lone Truck Series start at the 2.5-mile superspeedway in 2015.

“I’m really excited to be running Daytona and sharing the truck with my son, Todd, which is really special” David Gilliland said. “To drive for KBM with all the success they have had over the years is a fantastic opportunity. Kyle is a great guy and I’m sure that he can teach Todd and I both, so we can’t wait to get to the race track.”

Announcements on sponsors and the crew chief for the No. 4 team are forthcoming.