Todd Gilliland and the No. 4 Mobil 1 Tundra Earn Runner-Up Finish at Talladega 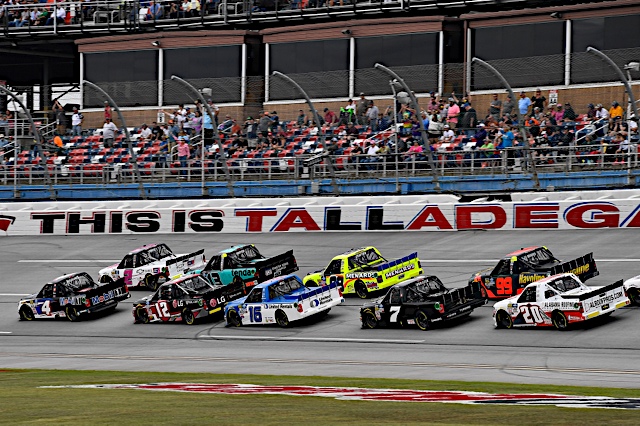 Todd Gilliland and the No. 4 Mobil 1 team earned a top-five finish at Talladega Superspeedway on Saturday in the Sugarlands Shine 250 in his second start at the famed Alabama track. On Friday, Gilliland was 18th-fastest and second-fastest in two practice sessions. In one round of single-truck qualifying on a cool Saturday morning, Gilliland earned the sixth starting spot.

Gilliland began the race in sixth, but quickly jumped to the front of the pack, then dropped back through several early caution periods and red flag. For the remainder of the race, Gilliland was consistently near the front of the pack in the Mobil 1 Tundra, leading once again in the final stage. Ultimately, after a late race caution and the disqualification of the first-place truck, Gilliland claimed the runner-up finish.

Talk about your runner-up finish today.

“It was good. Our Tundra just wasn’t fast enough all day. We made a lot of good moves and just every time I’d get to the front, I was not fast enough and they’d put me right to the back again. It was everything I could do to stay in front of some of those guys. It was fun to run up front there at the end. I wish we could’ve just been faster the whole race.”

Riley Herbst, driver of the No. 51 Toyota Tundra, finished third

Gilliland remains in the 12th spot in the NASCAR Gander Outdoors Truck Series driver points standings after 20 races in the 2019 season.

Todd Gilliland and the No. 4 Mobil 1 team will return on Saturday, Oct. 26 at Martinsville Speedway for the Texas Roadhouse 200. Live coverage of the event begins at 1:30 p.m. EST on FS1.