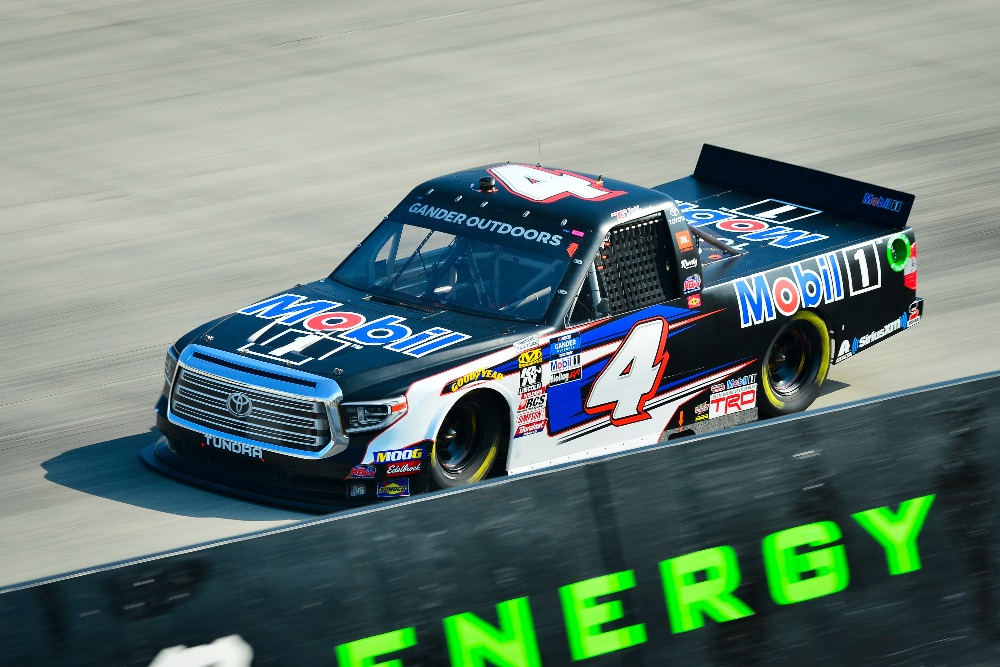 Under sunny skies at Dover International Speedway, Todd Gilliland continued a streak of bad luck and was caught up in two on track incidents, resulting in a 15th-place finish. The young driver began the race in 14th after single-truck qualifying, but the team worked on the handling throughout the day until Gilliland’s lap times were equal to the leaders, but as he was on the move toward the front, he was caught up in two separate incidents, effectively ending his chances at a win.

“Today was really bad. We qualified really bad. We started 14th and never really went anywhere from there. We kept coming down and making adjustments and were just getting the truck a little bit better, I felt like. I was actually passing people and catching people and then the 22 spun out right in front of me and I hit him. We came down pit road and right when we went back to green the 2 spun out and hit us down on the bottom. Just all around a really bad day, but we will keep working towards it and stay focused.”

Harrison Burton, driver of the No. 18 Toyota Tundra, finished 3rd

Raphael Lessard, driver of the No. 46 Toyota Tundra, finished 11th

Brandon Jones, driver of the No. 51 Toyota Tundra, finished 13th

Gilliland and the No. 4 team lost one spot to ninth in the Gander Trucks Driver Championship Standings following the sixth race of the season, 70 points behind the leader, Grant Enfinger.

Todd Gilliland and the No. 4 team will be back on track Friday, May 10 at Kansas Speedway in Kansas City, Kan. Live coverage of the Digital Ally 250 begins at 8:30 p.m. EST on FS1.