Todd Gilliland and No. 4 Mobil 1 Tundra Earn Top-10 at Charlotte 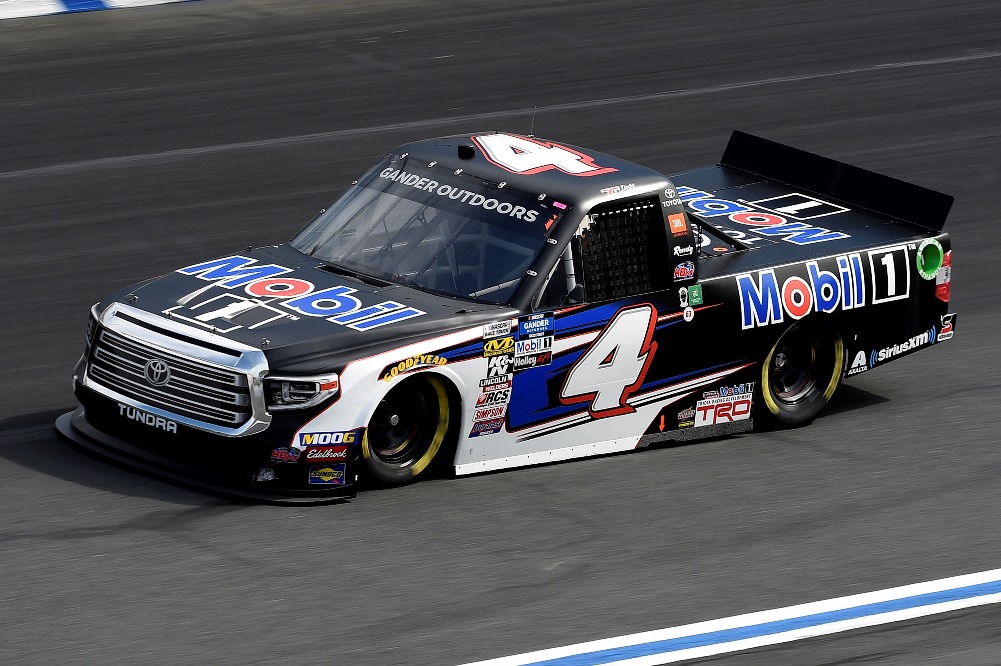 Todd Gilliland and the No. 4 Mobil 1 team earned a top-10 finish at Charlotte Motor Speedway in Friday night’s N.C. Education Lottery 200. The young driver posted the second and third-fastest laps in two practices on Friday morning. Friday afternoon, Gilliland earned the third starting position for his second start at the 1.5-mile oval in one round of single-vehicle qualifying.

Under the lights, Gilliland quickly jumped to the lead. He led until team owner Kyle Busch passed him on lap 5. The 19-year-old would lead several more times for a total of seven laps. The No. 4 team dealt with a tight handling condition on the Mobil 1 Tundra and some late race fender damage, to pick up their fourth top-10 of the season with a seventh-place finish.

Was tonight’s finish what you and the team needed?

“That was better than we were running there at the end. It was good to come in and get a little bit newer tires and just be able to make up a little bit at the end. At the beginning of the race, I thought we were going to be decent. Nothing like clean air though. We made the call there trying to win that stage and finished second, so got some okay points there. Mainly that just killed our track position for the rest of the night. I’d just get super tight on the end of the runs. Just nothing I could do to make it wrap the corner. Part of it. We were really tight in practice, so just have to go and pay more attention to that in practice going forward with the race. It’s all about communication.”

Kyle Busch, driver of the No. 51 Toyota Tundra, finished 1st

Gilliland and the No. 4 team move to ninth in the Gander Trucks Driver Championship Standings following the eighth race of the season, 78 points behind the leader, Grant Enfinger and in possession of the eighth and final Playoff spot by one point over teammate Harrison Burton.

Todd Gilliland and the No. 4 team will be back on track Friday, June 7 at Texas Motor Speedway in Fort Worth. Live coverage of the Rattlesnake 400 begins at 9:00 p.m. EST on FS1.