Todd Gilliland and No. 4 JBL/SiriusXM Team Rebound After Early Incident at Texas 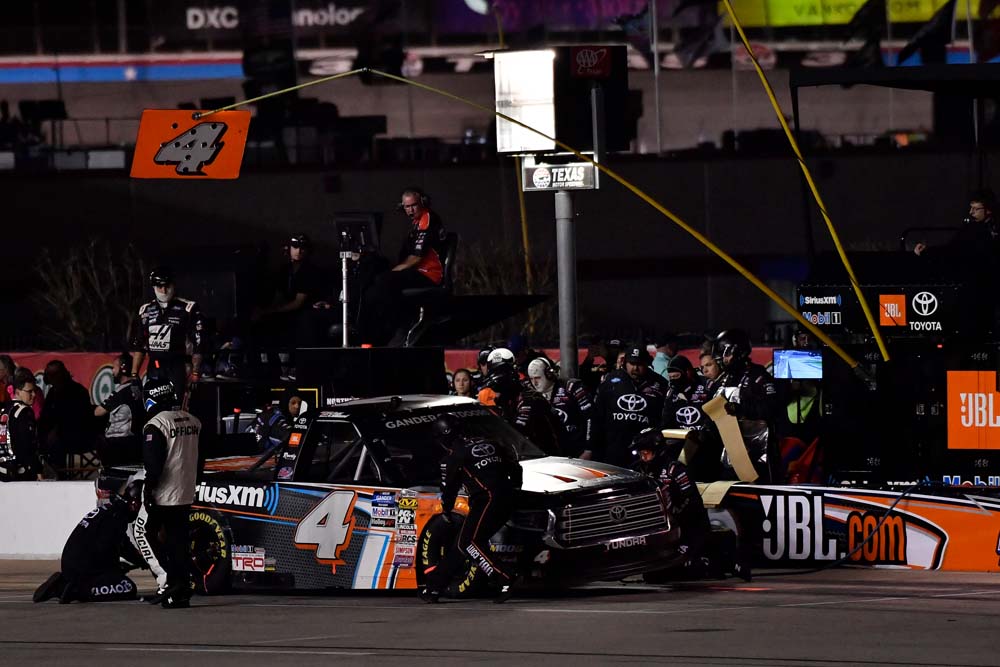 Todd Gilliland rebounded to finish 14th at Texas Motor Speedway in the No. 4 JBL/SiriusXM Toyota Tundra after he was squeezed into the outside wall in the early laps of the race by another competitor. The 4 team made repairs across several pit stops, making sure the machine was drivable for the 18-year-old. Gilliland persevered, making his way back to the lead lap and ultimately finishing in the 14th position.

“I’m really disappointed about how tonight turned out. I thought we had a fast JBL Tundra and we obviously didn’t qualify where I thought we should. Then, three or four laps into the race it’s way too early to be that aggressive. I just want to thank my guys for working so hard to fix my Tundra and get me back out and on the lead lap. We fought hard and made the most of a bad situation and now we’ve got some time off to regroup and we’ll be back and better at Dover.”

The No. 4 team improved one spot to eighth in the Gander Trucks Driver Championship Standings following the fifth race of the season, 51 points behind the leader.

Todd Gilliland and the No. 4 team will be back on track Friday, May 3 at Dover (Del.) International Speedway. Live coverage of the JEGS 200 begins at 5:00 p.m. EST on FS1.