Todd Gilliland and No. 4 JBL/SiriusXM Team Earn a Top-5 Finish in Kansas Debut 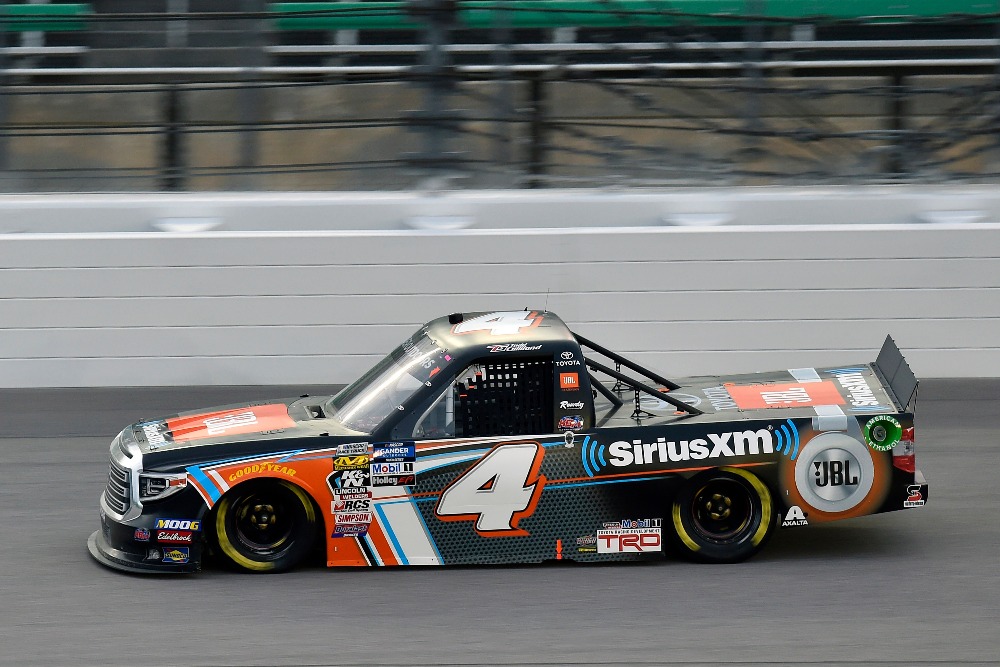 In his first start at Kansas Speedway in Kansas City, Todd Gilliland and the No. 4 JBL/SiriusXM team earned their first top-five finish of the season with a third-place finish in the Digital Ally 250. Gilliland earned the fifth starting position in one round of single-vehicle qualifying, after posting the eighth and seventh fastest speeds in practice respectively. The teenager fired off with a loose handling Tundra, and reported that his right-front tire felt glazed over and needed grip, so crew chief Marcus Richmond and the No. 4 team went to work making adjustments and soon had the machine adjusted more to his liking. The young driver marched his way into the top five and began posting lap times faster than the leaders, but several late race cautions prevented him from capitalizing and he brought home a third-place finish.

How would you describe your race tonight?

“Uneventful, so that was a good thing. We worked really hard all through practice, got the truck a lot better. Me and my crew chief, Marcus Richmond, really were on the same page all weekend. That’s what it’s all about is putting together just solid weekends like this. We qualified fifth and finished third, that doesn’t sound overly spectacular, but when we have been qualifying in the teens and finishing there too, this is a big difference. Just a big confidence booster and hopefully something we can carry into Charlotte and put our JBL Tundra up front again.”

Harrison Burton, driver of the No. 18 Toyota Tundra, finished 10th

Riley Herbst, driver of the No. 46 Toyota Tundra, finished 9th

Brandon Jones, driver of the No. 51 Toyota Tundra, finished 5th

Gilliland and the No. 4 team remain ninth in the Gander Trucks Driver Championship Standings following the seventh race of the season, 74 points behind the leader, Grant Enfinger.