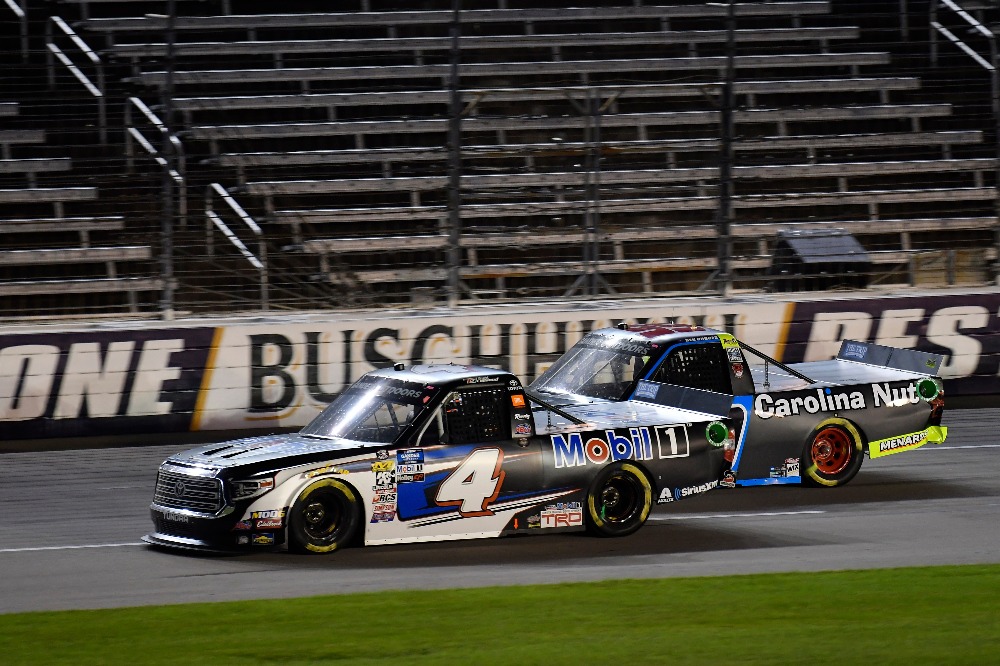 Todd Gilliland and the No. 4 Mobil 1 team won the pole for the SpeedyCash.com 400 at Texas Motor Speedway in Fort Worth and led twice for a total of 31 laps before falling prey to treacherous track conditions while battling for the lead and finishing 27th. The young driver posted the 12th, fifth, and sixth-fastest laps in three practices respectively on Thursday. Friday afternoon, Gilliland earned his second-career NASCAR Gander Outdoors Truck Series pole in one round of single-vehicle qualifying.

Under the lights, Gilliland quickly jumped to the lead and led the first five laps before dropping to second place. He remained at the front of the field, leading for a second time in Stage 2 for 26 additional laps before losing control on a restart and making contact with the wall, ending his night.

What happened to take you out of the race?

“I just got away from the bottom. It’s racing here at Texas, but it’s not a lot of fun when it happens, when you’re on that side of it. I think we executed good until then. All through practice we made good changes and qualified on the pole. It still sucks that we are out of this race, but it was still a lot of fun racing out there. I was laying it all out there on the race track, and I thought we were going to have something out there for them tonight with just a couple more adjustments. I just need to be more patient. It’s not the end of the world there if the 99 (Ben Rhodes) gets by me right there and I finish the stage second or third. I just need to be a little bit smarter about that stuff. But it felt really good to run out front. I am proud of my Mobil 1 Toyota Tundra team. Hopefully, we can come back stronger. We have an important couple of weeks right here. We need to keep the morale up and go to the next one and get stronger.”

Harrison Burton, driver of the No. 18 Toyota Tundra, finished fifth

Greg Biffle, driver of the No. 51 Toyota Tundra, finished first

Gilliland and the No. 4 team move to ninth in the Gander Trucks Driver Championship Standings following the ninth race of the season, 112 points behind the leader, Grant Enfinger. Gilliland is now 26 points out of the eighth and final playoff spot.