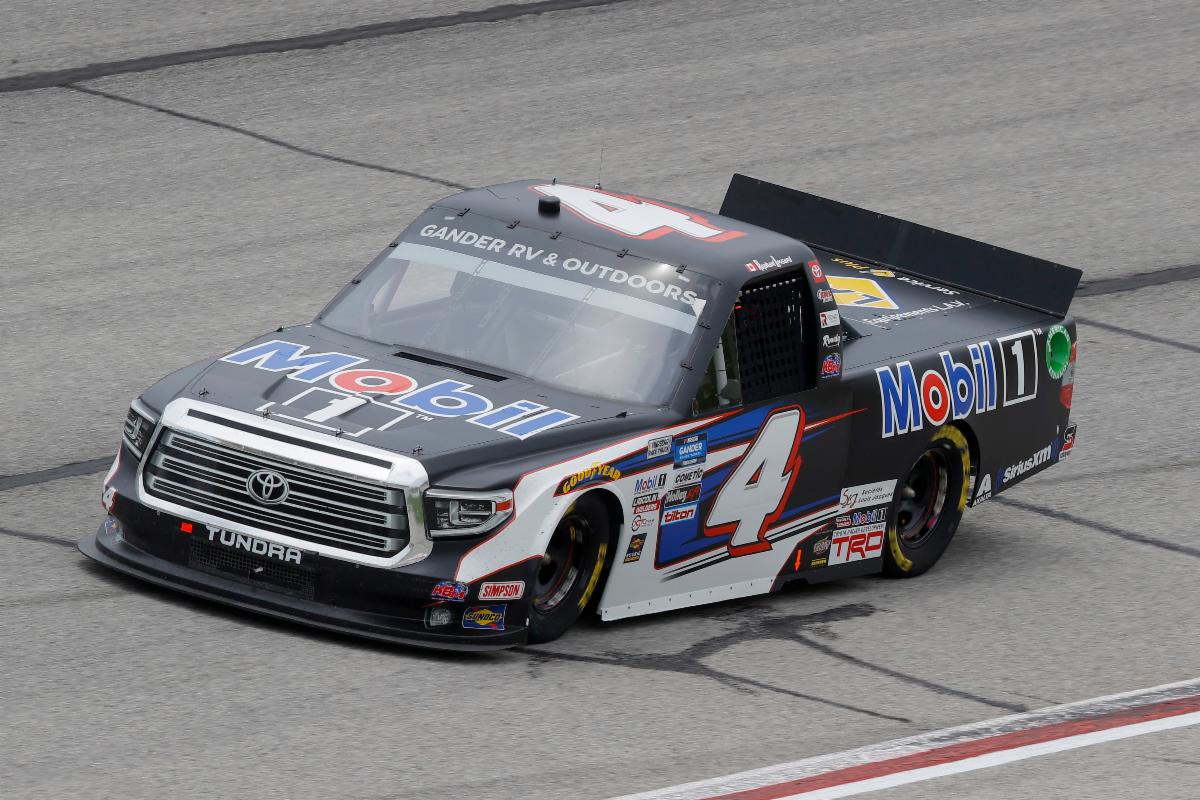 Raphael Lessard was relegated to an 18th-place finish in the Vet Tix Camping World 200 at Atlanta Motor Speedway in his first start at the 1.5-mile speedway. The young driver started in the 19th position. The Canadian teenager looked to score his first top-10 finish of the 2020 season before a tire rub in NASCAR Overtime relegated him to a 19th-place finish at the completion of the race. Due to the disqualification of the No. 13 announced after the race, Lessard was officially scored with an 18th place finish.

Raphael Lessard, driver of the No. 4 Mobil1 Tundra for Kyle Busch Motorsports:

“What a race. It was my first time at Atlanta. It was a lot of fun. I love the racetrack. It’s not the result that we wanted. I felt like we could run in the top-five or top-10 for most of the race. We were just a little bit too loose. At the end, I’m sorry for all my guys, but it was a racing incident. I was going for it. I tried everything, and it is one of those deals where on the green-white-checkered, you don’t want to lift. I didn’t get the result I was hoping. I hit the wall, but oh well. Thanks to Mobil1, Toyota, and everyone at Kyle Busch Motorsports. We will go get them next time at Homestead.”

Next Race: Lessard will be back behind the wheel of the No. 4 Tundra when the NASCAR Gander RV & Outdoors Truck Series resumes action June 13 at Homestead-Miami (Fla.) Speedway. Live coverage of the Baptist Health 200 begins Saturday at 7:30 p.m. ET on FS1.