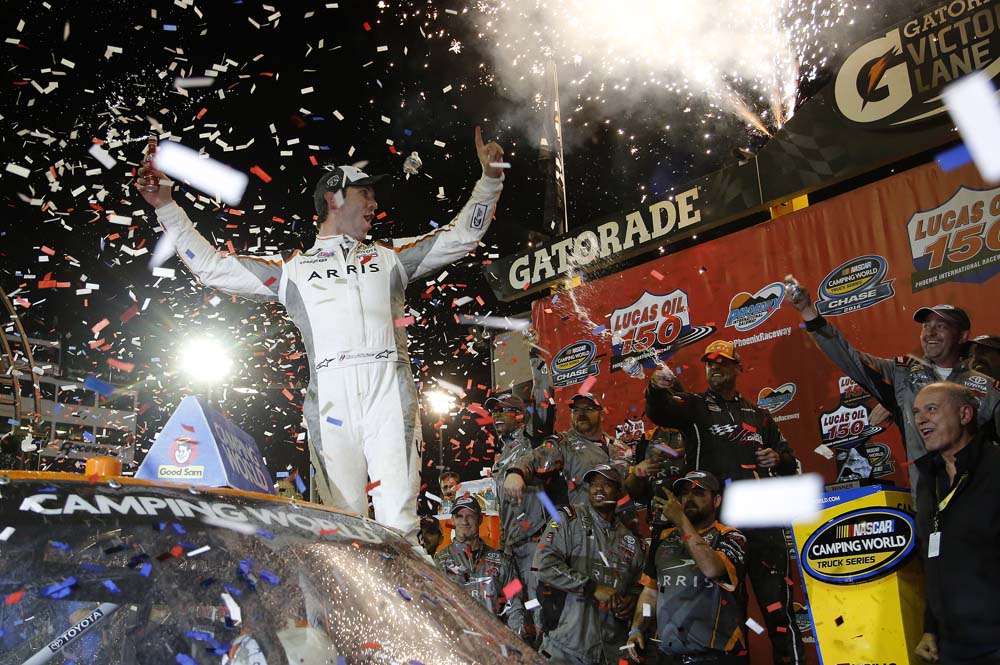 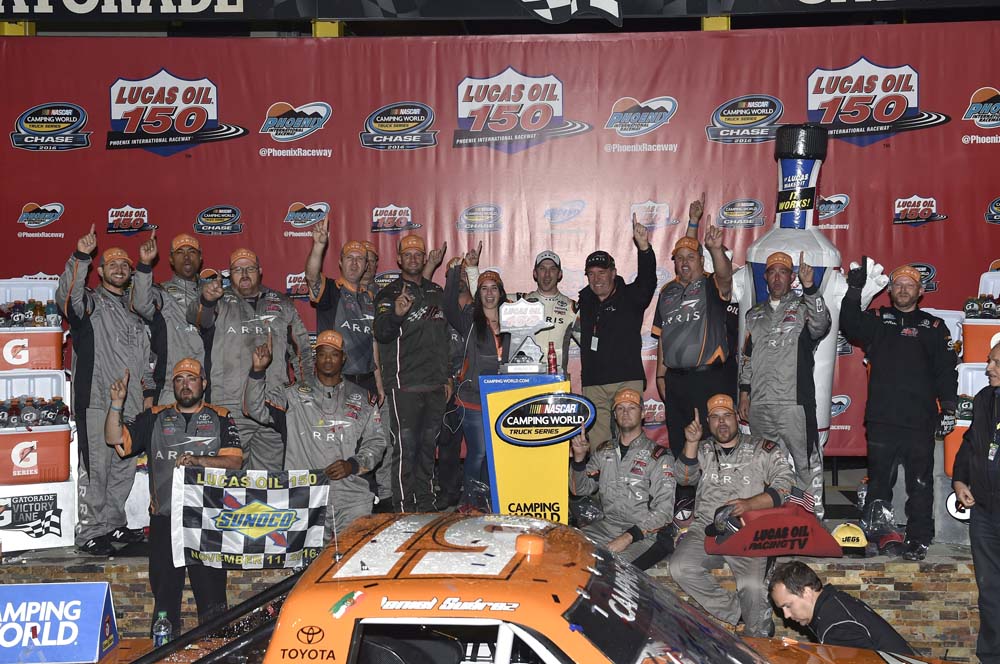 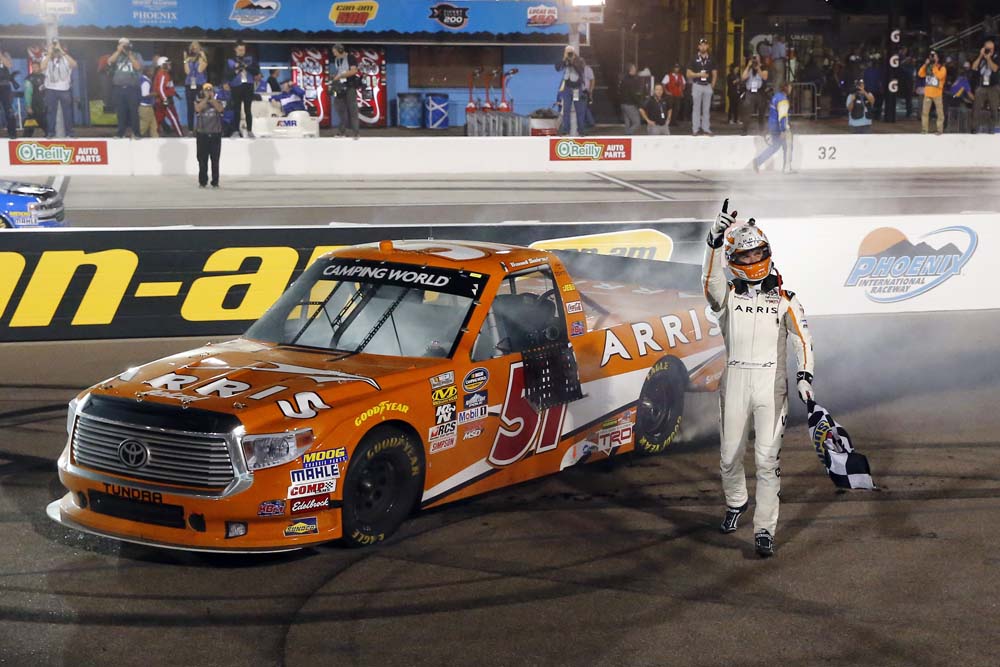 How does it feel to win your first NCWTS championship and clinch the series manufacturer’s championship for Toyota?
“I guess it was about time to get a little bit of luck. We had a lot of second-place finishes and this team, KBM (Kyle Busch Motorsports) works very hard. What a better way to clinch the Toyota manufacturer’s championship with this victory. I’m very proud of my team, proud of Toyota and proud to be a part of this family. Very proud to be talking to you right now.”

How were you able to win the race?
“The first victory is always the most difficult to get and it seems like we keep getting them more and more and that’s what is happening. I’m proud of this team for the great effort. They’ve built very fast trucks and William Byron has had a lot of wins and things like this are unfortunate. I’m very happy that we were able to get the win and clinch the manufacturer’s championship for Toyota.”

Were you concerned about your tire strategy as the race came to a close?
“I feel like my truck was really good in the middle of the run, like after three laps it was really good and then in the very long run it was good, but not great. The 21 (Johnny Sauter) was better. I knew that if we’re going to have a restart that it would be on the point.”