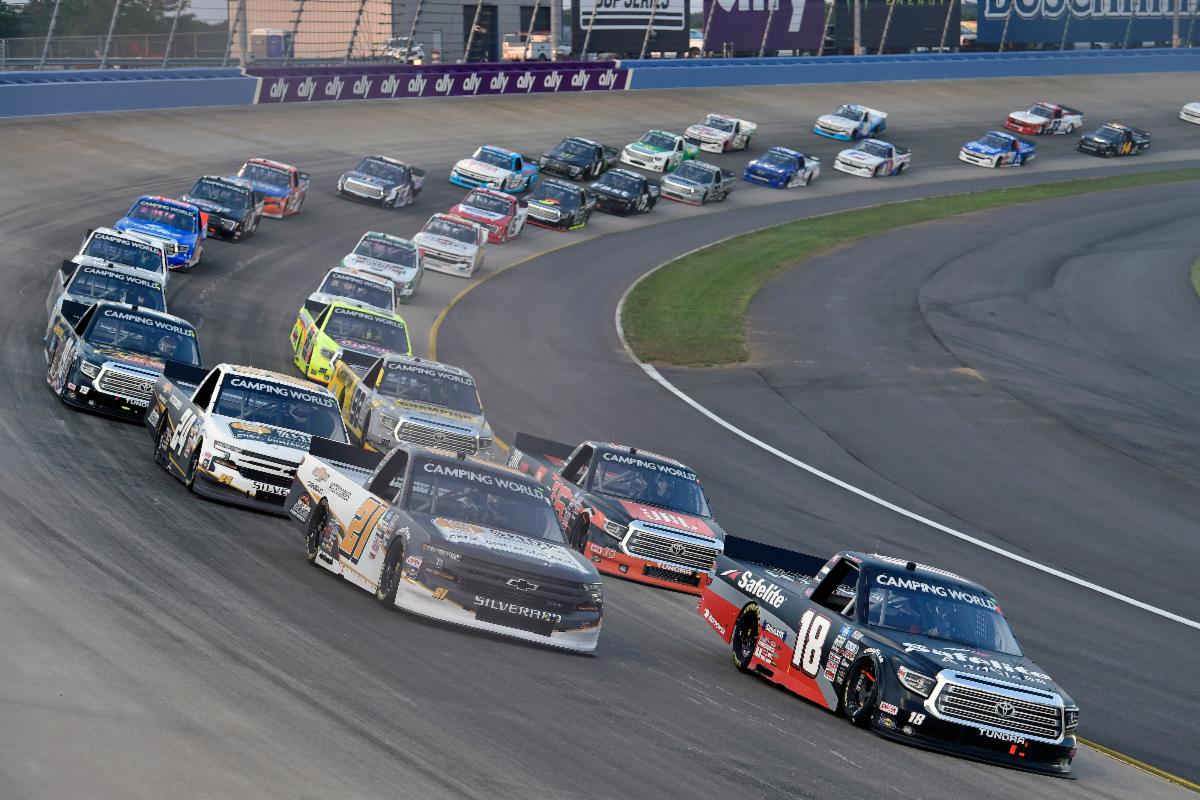 Chandler Smith had one of his strongest outings of the season, leading a race-high 46 laps and winning Stage Two before getting shuffled back on a restart late in the race and finishing 13th.

With his strong run, Smith widened his lead on the 10th and final NASCAR Camping World Truck Series Playoffs spot to 15 points over Johnny Sauter with three races remaining in the regular season.

“Overall, today our Safelite AutoGlass Toyota Tundra was pretty solid. First stage we ended up P3, Second Stage we go the stage win, for the Final Stage we were searching for track position and had just cracked the top five when I picked the wrong lane for a restart, it cost us, and we ended up finishing P13. We’ll move on. It was a good points day, and we’ll keep on chipping away.”

Smith and the No. 18 team maintained the 11th position in the Camping World Truck Series championship standings. With Grant Enfinger in the sixth spot not being playoff eligible, Smith now sits 15 points ahead of Johnny Sauter for the 10th and final playoff spot.

Smith will be back behind the wheel of the No. 18 JBL Tundra when the NASCAR Camping World Truck Series resumes action Saturday June 26 at Pocono Raceway in Long Pond, Pa. Live coverage of the CRC Brackleen 150 will be on FS1, Motor Racing Network and SiriusXM at noon ET.