Strong Run for Bell Ends with Sixth-Place Finish at Gateway 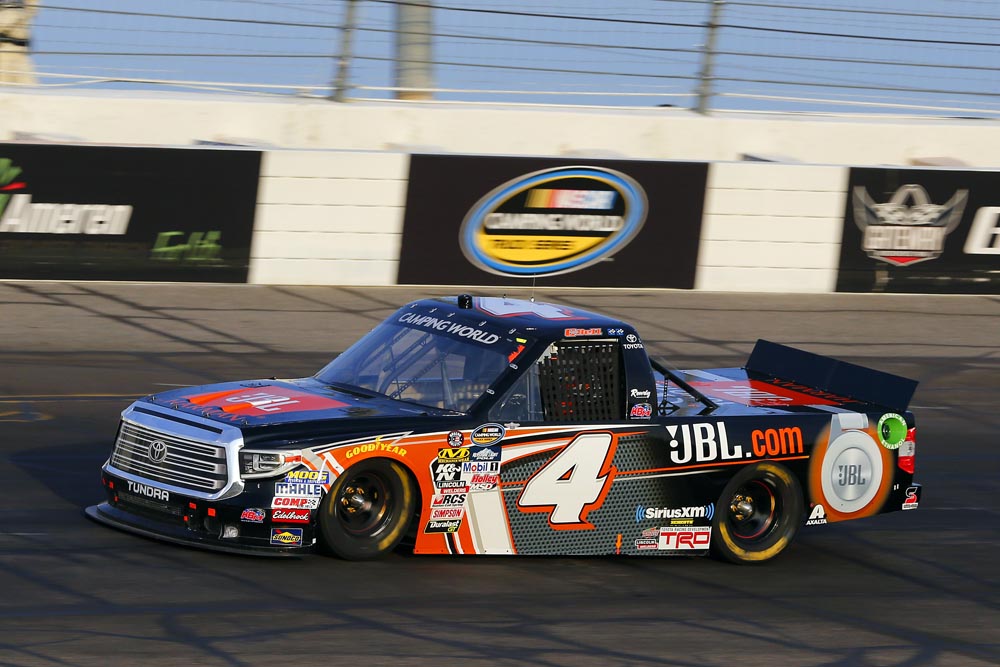 Christopher Bell had just made his way into the runner-up position and was closing in on race leader Matt Crafton when a stalled truck on pit road brought out the caution with 12 laps remaining in Saturday night’s Drivin’ for Linemen 200 at NASCAR Camping World Truck Series event at Gateway Motorsports Park in Madison, Ill. The field went back green with nine laps remaining and Bell, Crafton and John Hunter Nemechek battled for the lead for the next three laps, with Nemechek emerging out front.

Bell settled into the second position with five laps remaining and tried to chase down Nemechek. He took the white flag three truck lengths behind the leader, but as he went through Turns 1 and 2 Chase Briscoe dove to his inside and made contact with the left rear of the JBL Tundra. The contact caused Bell’s left-rear tire to go flat and relegated him to a sixth-place finish. 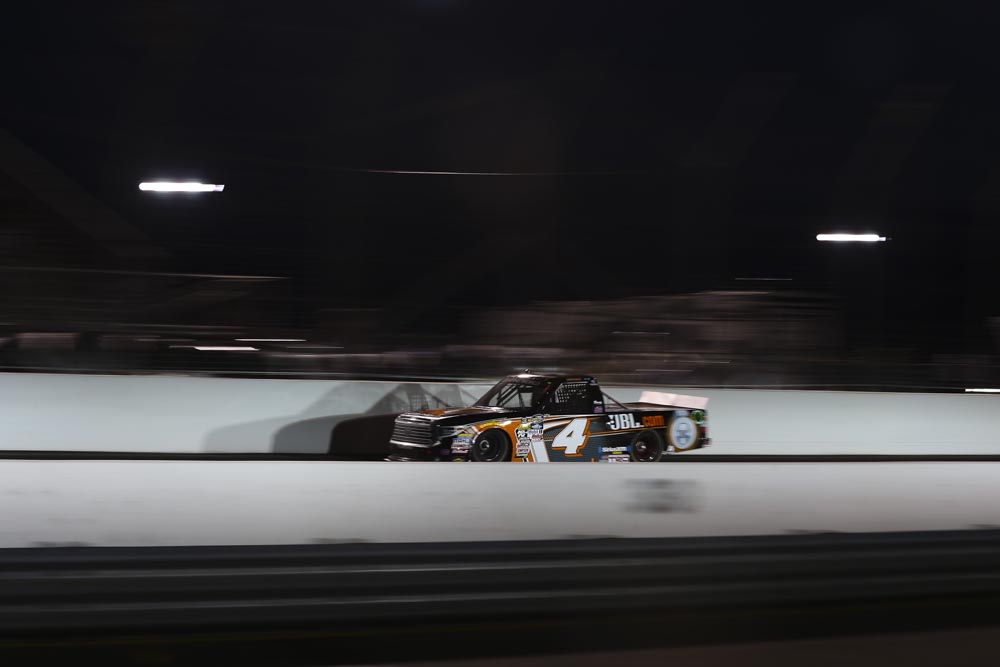 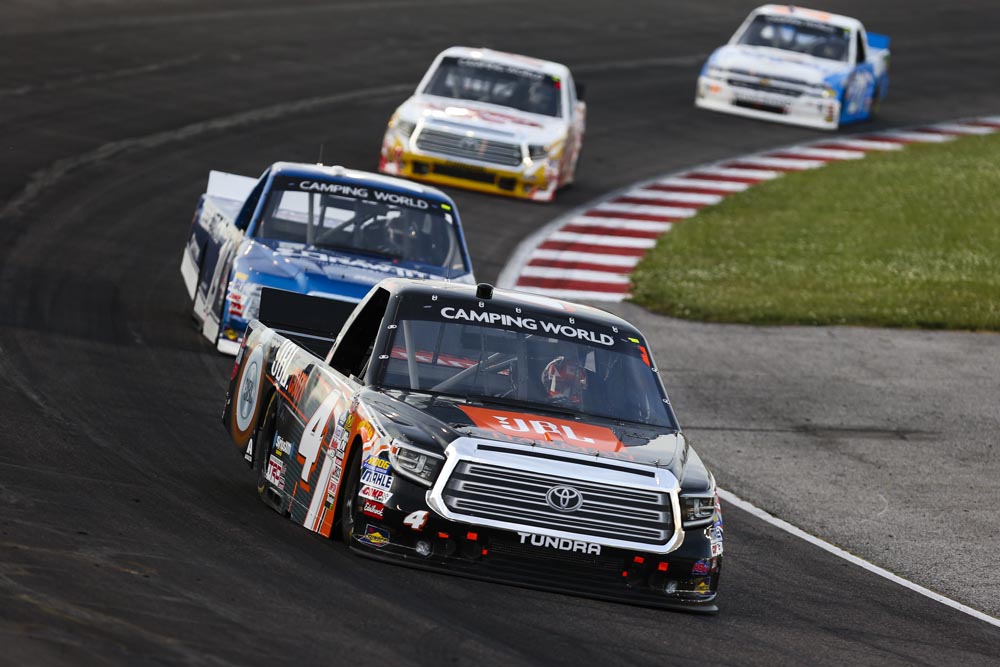 How was your Tundra in tonight’s race?

“We had a really, really good truck there on the long run after we made our pit stop. The other guys didn’t take tires and we did so that definitely helped us there and I felt like we were going to have it. We had a really strong JBL Tundra there at the end, but I didn’t get it done on the restart and I feel bad for my guys because they worked really hard. Rudy (Fugle, crew chief) did an excellent job calling the race. We’ve just got to work a little bit harder – I’ve got to get a little bit better on my restarts and we’ll go to Iowa and get them.”

What happened on the last lap racing against Chase Briscoe?

“Yeah, I mean he (Chase Briscoe) was there and I tried to pinch him. It’s last lap racing and unfortunately it cut our left rear (tire) there where I couldn’t get back around and finish third. But, we’ve got two wins, we’re going to get a lot more and Chase (Briscoe) will win some too. We’re going to be racing hard for the championship.”