Strong Race for Snider at Texas 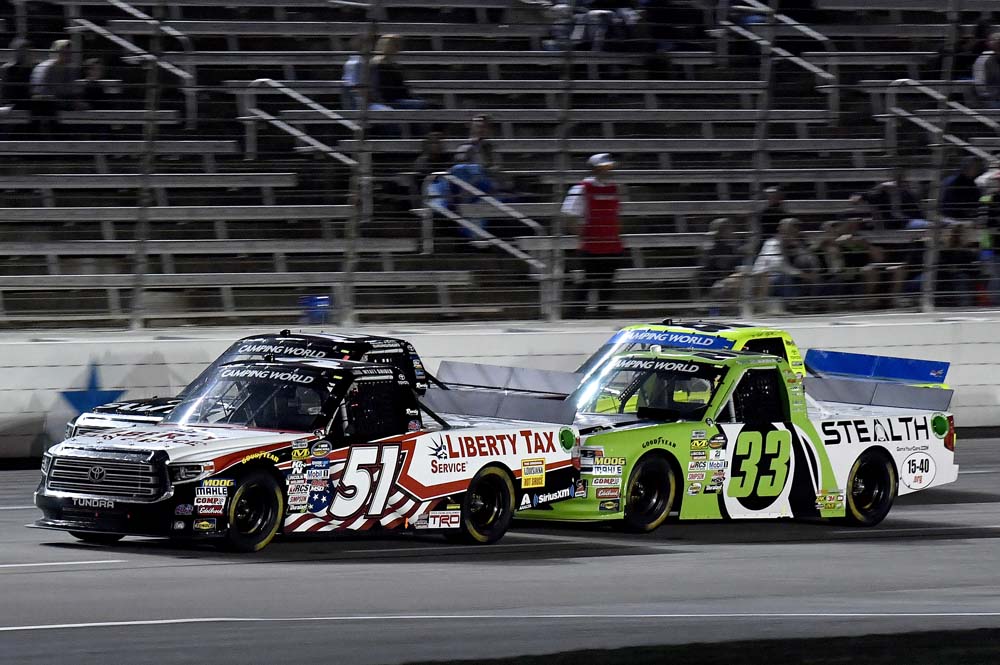 In his second start at Texas Motor Speedway, Myatt Snider led 21 laps and raced his No. 51 Liberty Tax Service Toyota Tundra to a 12th-place finish. Snider will be back in the No. 51 Tundra once again for Kyle Busch Motorsports (KBM) for the season finale in two weeks at Homestead-Miami (Fla.) Speedway. 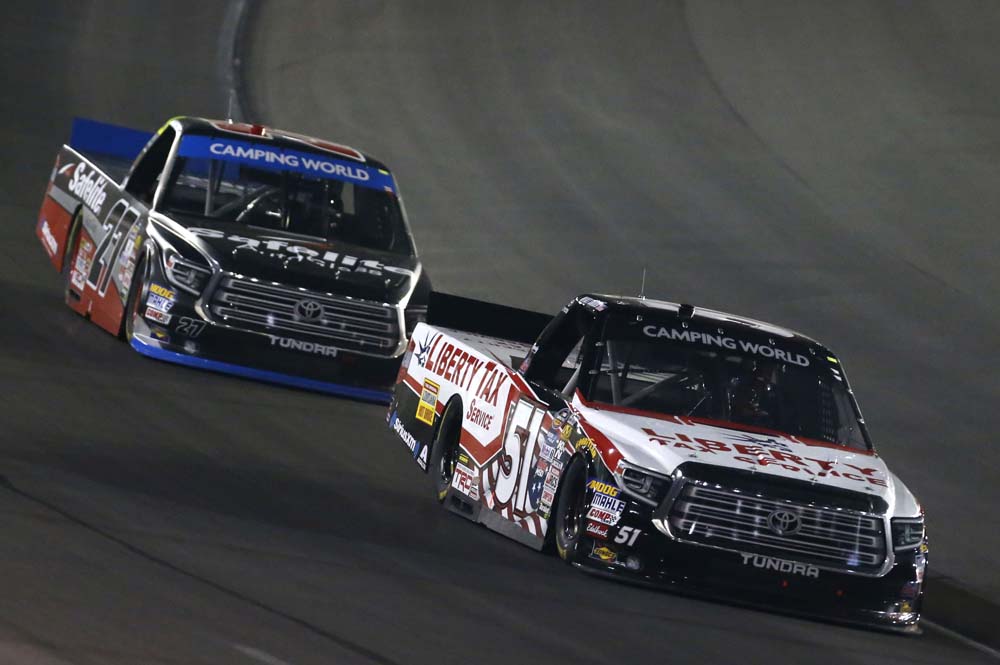 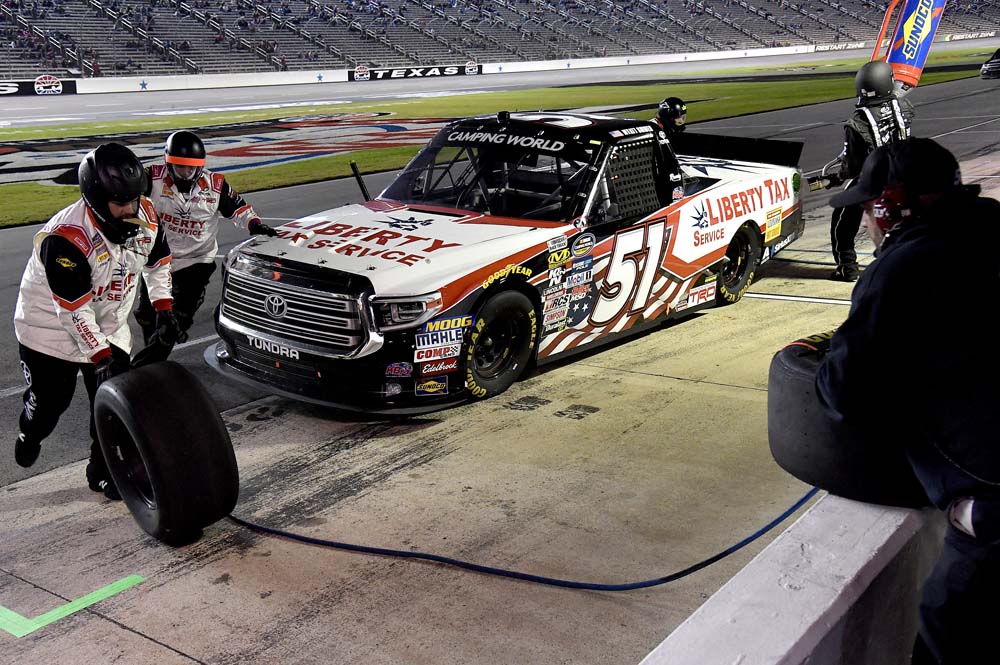 Talk about your race…

“We had a really strong Liberty Tax Service Tundra. The guys at KBM brought me a fast truck and we had some great strategy to get us to the front of the field in the second stage. We had a strong Tundra, just not as strong as we would have liked it in traffic. We have some momentum now going into Homestead, so I’m looking forward to finishing strong.”

The No. 51 Toyota Racing team stands fourth in the Truck Series Owner Championship Standings after the first race of the Round of 6. With one race remaining in the Round of 6, they are 15 points ahead of the No. 19 team for the fourth and final spot in the Owner’s championship race at Homestead-Miami (Fla.) Speedway.

The Truck Series returns to action next weekend at Phoenix (Ariz.) International Raceway on Friday, Nov. 10.  Live coverage of the race begins with the NCWTS Setup Show at 8 p.m. ET on FOX Sports 1.