Busch Proves to be ‘Sirius’ly Strong Again at Chicagoland 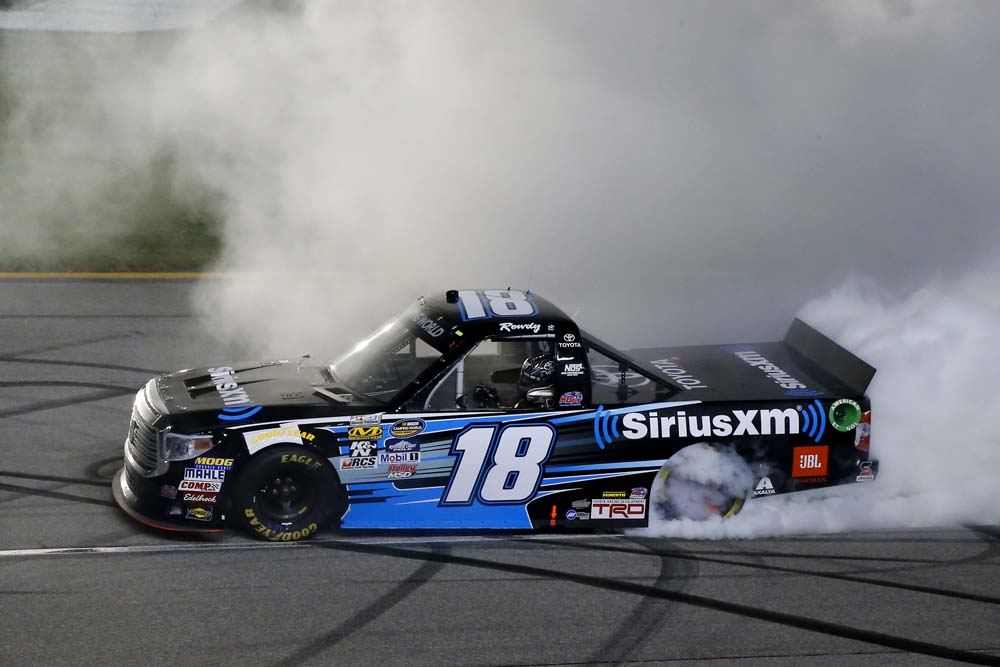 Kyle Busch picked up his fifth win in six starts in the NASCAR Camping World Truck Series at Chicagoland Speedway in Joliet, Ill., in Friday night’s American Ethanol E15 225. This year’s performance was a repeat of 2014, with Erik Jones getting Busch’s SiriusXM Tundra dialed in during Thursday’s practice sessions while the reigning Sprint Cup Series champion was busy with media obligations for the Chase for the Sprint Cup.

Busch got a feel for his Tundra in the early stages of the race, taking the lead for the first time on lap 9 and leading four times for a race-high 95 laps en route to his second victory in four starts in NASCAR’s third division this season, the 46th of his career and his 168th NASCAR National Series victory.

“This has been a really good place for us at KBM (Kyle Busch Motorsports) over the years,” said Busch, who has collected four of the five Truck Series wins at Chicagoland since his organizations’ s inaugural season in 2010. “We’ve been really fast here. It was nice to be able to come out here and keep that speed going with this SiriusXM Tundra. I really appreciate Erik Jones being here yesterday, working it in for me a bit, all the work the guys at the shop do a great job. I can’t say enough about Toyota, TRD and JGR Engines – this engine ran really well today. Thank Camping World and of course the fans, too. All in all a good day, but really important to see the 9 (William Byron) and 4 (Christopher Bell) make the Chase this year for KBM. Two opportunities there to go after a championship. Also the 13 (Cameron Hayley) right there at the end, that’s a brand new KBM truck out of our stables, so that thing was fast – it was hard to hold him off at the end, he was really quick. Good job to those guys and finding speed in our stuff.” 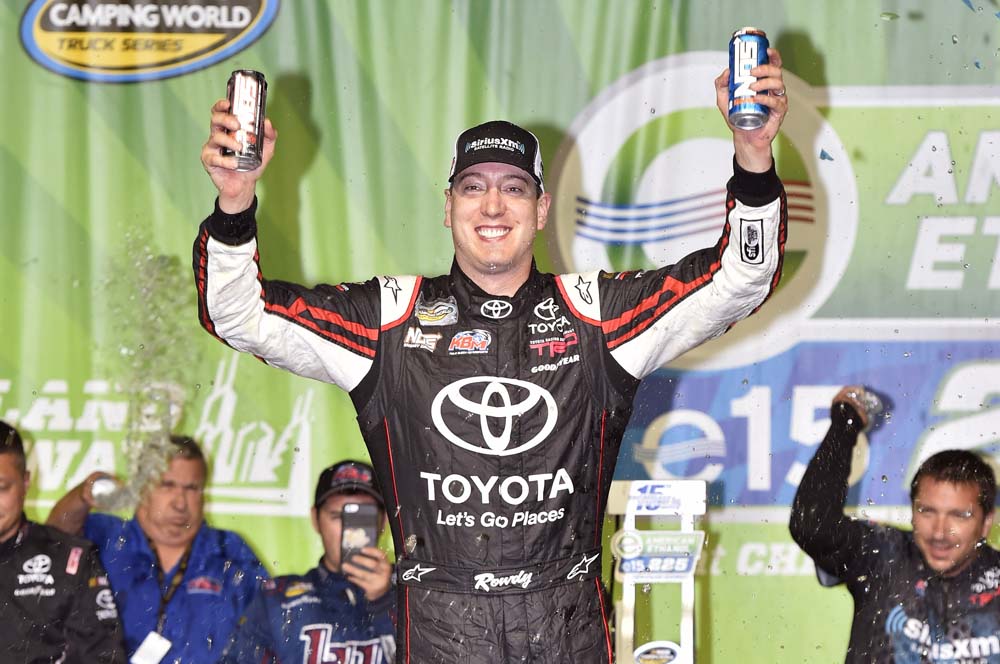 Busch started from the eighth position and communicated to crew chief Wes Ward that his SiriusXM Tundra was “tight in traffic.” After leading briefly from lap 9-11, he settled in the third position while he got a feel for the handling of his Toyota. When the caution clock expired on lap 47, he visited pit road for four fresh tires, a wedge adjustment and a full tank of fuel. A speedy stop by the-over-the wall crew put their boss at the front of the field for the ensuing restart on lap 50.

The 31-year-old had nearly a two second lead when the field was slowed for the third time on lap 84. After another four-tire and fuel stop with another chassis adjustment to try and improve the handling of Busch’s Tundra, the No. 18 team once again were the first ones of pit road.

When the field went back green, Busch opened up nearly a one second lead before another caution flew on lap 106. Knowing they could now make it to the end of the race, Ward summoned his driver to pit road for the final set of sticker tires, a wedge adjustment and fuel. With teams on varying strategies, the SiriusXM Tundra returned to the track in the ninth position for the lap-109 restart, but was the first truck with four fresh tires.

After the field went back green, it took KBM’s owner-driver just three laps to maneuver his way back to the front. Shortly after he was on point, the fifth caution of the day occurred on lap 113 taking out a few of the strongest contenders to Busch.

In the closing stages of the race, Busch held serve of several restarts as there were five cautions over the final 34 laps. A caution with five laps to go set up NASCAR overtime, with Busch electing to take the inside lane with Cameron Hayley on the outside. Once again with a push from Daniel Hemric, he was able to clear Hayley and remained out front when a caution came out on the final lap an ended the race per NASCAR’s rules for overtime.

Daniel Suarez led three times for 43 laps, but finished 11th in his KBM ARRIS Tundra. William Byron was involved in an early accident in his KBM Liberty University Tundra and was relegated to a 30th-place finish.

The 16th race of the 2016 season featured 10 cautions for a total of 41 laps. There were 10 lead changes among five drivers.

The No. 18 team will be back in action Saturday, Oct. 29 at Martinsville (Va.) Speedway with Harrison Burton making his Truck Series debut. Live coverage of the Texas Roadhouse 200 begins with the NCWTS Setup show at 1 p.m. ET on Fox Sports 1.