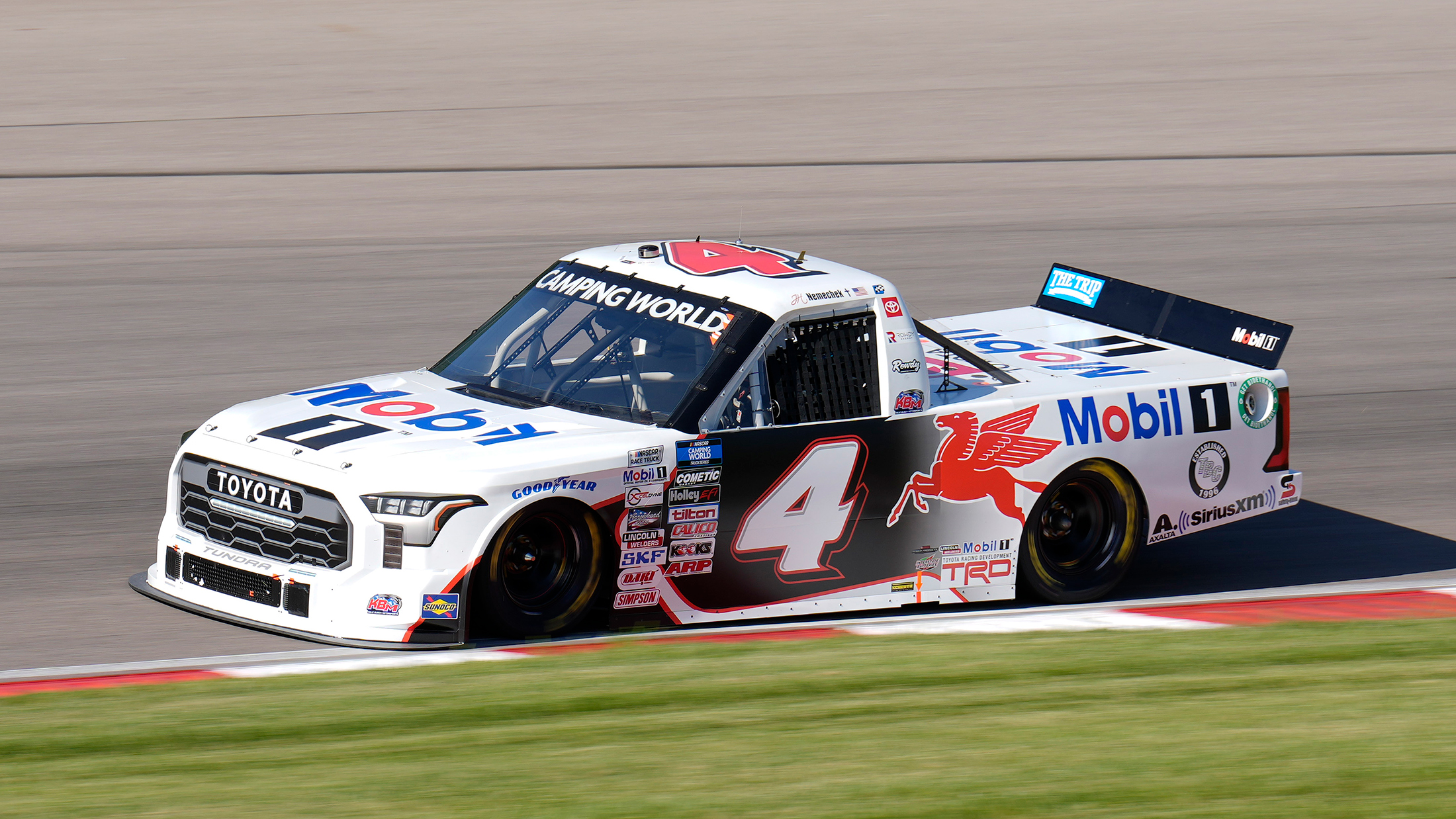 After stringing together seven consecutive top-10 finishes, John Hunter Nemechek was relegated to a 35th-place finish at World Wide Technology Raceway after being caught in a Stage Two incident.

John Hunter Nemechek, driver of the No. 4 Mobil 1  Tundra TRD Pro for KBM

Did the hole just close up on you?

“Yeah, that one is on me. I put myself in a vulnerable position and should have known better. I should have leaned on experience for that. It’s so hard to pass here today. Our Toyota Tundra was fast. I got a run going down the back straightaway, the 51 (Corey Heim) was on the 52’s (Stewart Friesen) door. The 52 got sideways and they both slid up the racetrack. I thought I had a hole and went for it. It’s aero loose underneath. I hit the rumble strips as well. It just closed. It’s on me. I’m sorry to all of my guys at KBM. Thank you to Mobil 1, all of our great partners that help us do this. Looking forward to going to rebound next week in Sonoma.”

Due to the incident, Nemechek fell back three spots in the Camping World Truck Series championship standings and now sits in fourth. Nemechek finds himself just 22 points back of reigning champion Ben Rhodes.

Nemechek and the No. 4 team will head west next week as Camping World Truck Series action travels to Sonoma (Cali.) Raceway. Live coverage of the DoorDash 250 will be on FS1, Motor Racing Network and SiriusXM at 7:30pm ET.