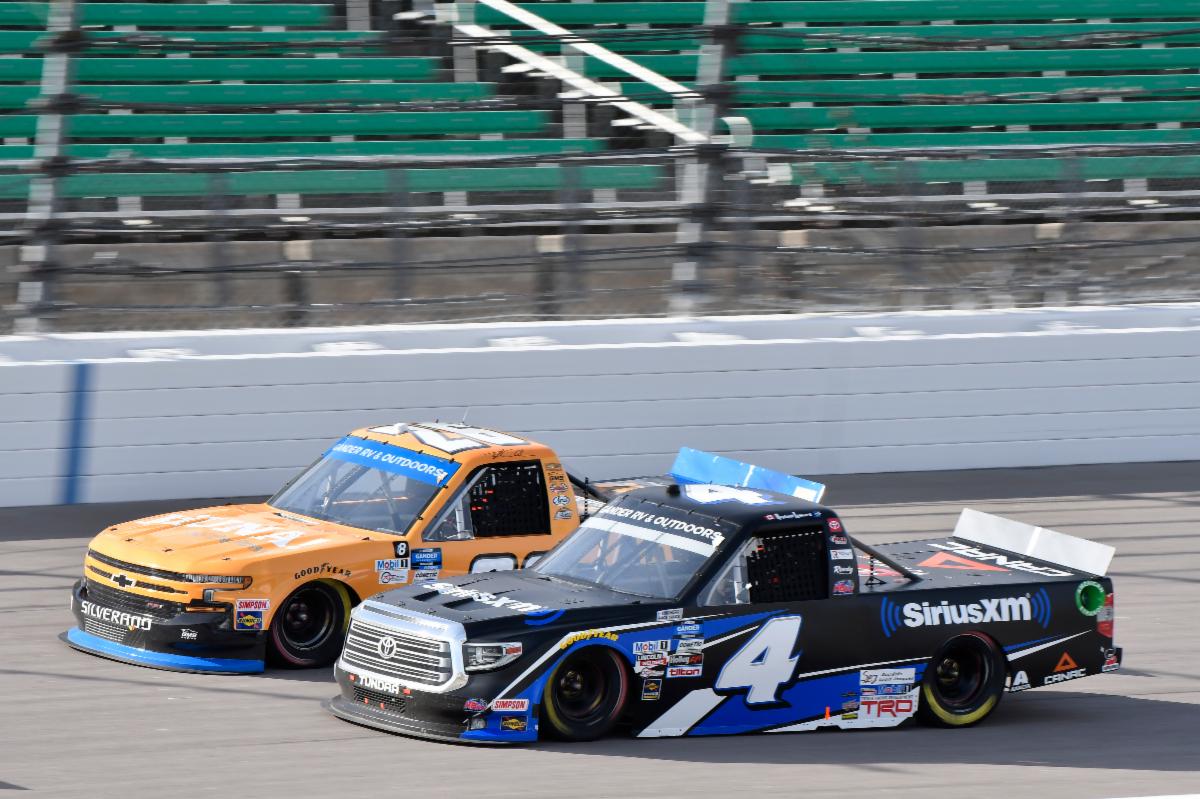 After finishing the first stage in the 11th position, Raphael Lessard was relegated to a 33rd-place finish at Kansas Speedway after being involved in a 10-truck accident in the opening laps of the second stage at Kansas Speedway.

Raphael Lessard, driver of the No. 4 SiriusXM Tundra for Kyle Busch Motorsports

“Every race weekend is quite different. We won the previous race and wrecked today on lap 39. It ended our race. Thanks to our partners SiriusXM, Canac and Sociétés Louis Jacques.”

Lessard will be back behind the wheel of the No. 4 Tundra when the NASCAR Gander RV & Outdoors Truck Series resumes action on Sunday, Oct. 25, 2020, at Texas Motor Speedway. Live coverage will be on FS1, Motor Racing Network and SiriusXM at noon ET.