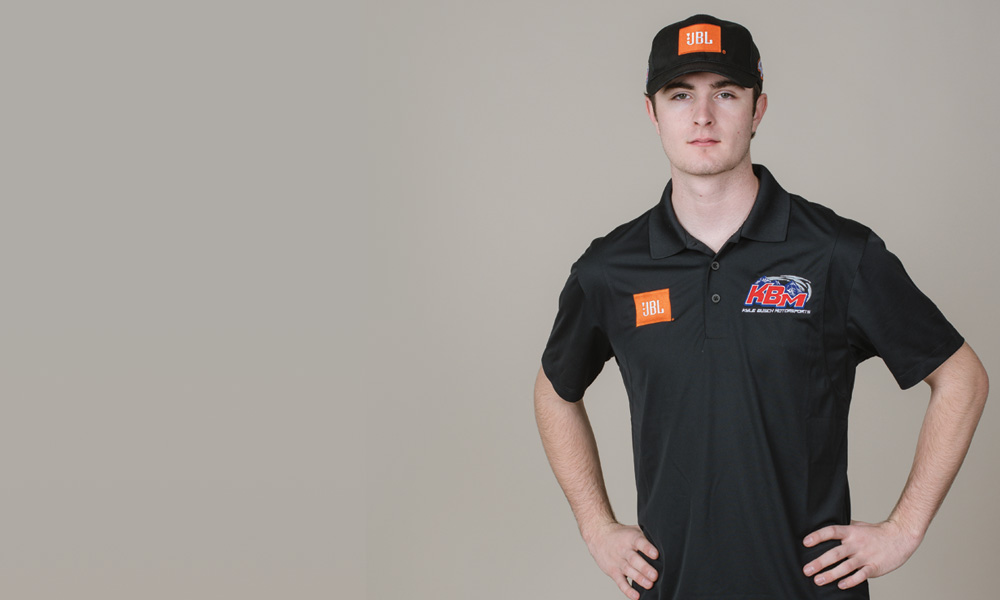 • Davis posted one top-five and four top-10 finishes in seven ARCA Racing Series starts in 2017 and also recorded one top-five and two top-10 finishes across three NASCAR K&N Pro Series East races. The Dawsonville, Ga., native made multiple starts in Super Late Models last year, highlighted by a runner-up finish in the prestigious All-American 400 at Fairgrounds Speedway in Nashville, Tenn. Despite competing in only 13 of the 14 K&N Pro Series East races in 2016, the NASCAR Next alum finished eighth in the championship standings after posting one win (Old Dominion Raceway in Thornburg, Va.), one pole, five top-five and seven top-10 finishes.

• This will not only be Davis’ first start at Daytona, but also his first start in the NCWTS. He has one prior superspeedway race under his belt when he finished third at Talladega (Ala.) Superspeedway last year in the ARCA Racing Series.

This will be your first start at Daytona. What have you heard about racing there?

“I’ve heard racing a truck at Daytona is very fun and very nerve-wracking. I’ve been told by a lot of people the trucks move around a lot the whole race and it will be a handful, but it’s going to be a really cool experience. I hope to keep the JBL/SiriusXM Tundra up front and out of trouble all night.”

You finished third in the ARCA race at Talladega last year. Will that experience help you at Daytona?

“Although Daytona and Talladega are very different tracks, I think the Talladega race helped me learn about the draft, the air and what to do at the end depending on how the race plays out. Every race plays out differently, but I feel like the superspeedway races always end about the same, so I can take that experience from racing at Talladega.”

Who have you gone to for advice in the garage about Daytona?

“I’ve talked to Austin Theriault some since he was the ARCA Series champion and Frank Kimmel about superspeedway racing in general. Of course, I’ve talked to the boss man, Kyle Busch too. I’ve talked to as many people as I can, just trying to get all the experience and learn as much as I can.”

KBM-026: The No. 51 JBL/SiriusXM team will race KBM-026, for Friday’s NextEra Energy 250 at Daytona International Speedway. This is the same Tundra the team raced at both superspeedway races in 2017, finishing 10th at Daytona and third at Talladega with Myatt Snider.

• Last season the No. 51 team claimed three wins, all with owner-driver Kyle Busch, and is the winningest number in the KBM stable with 22 trips to victory lane in Truck Series action
• KBM holds the NCWTS records for most career wins (65) and most wins in a single season (14 in 2014). In addition to collecting a series-record six Owner’s Championships, the organization has produced two championship-winning drivers; Erik Jones (2015) and Christopher Bell (2017).
• KBM drivers have collected one win, 48 laps led, four top-five and seven top-10 finishes resulting in an average finish of 16.6 across 19 starts at Daytona
• Owner-driver Kyle Busch picked up the team’s lone victory at the 2.5-mile tri-oval in dramatic fashion in the 2014 season opener, finishing .016 seconds ahead of fellow Toyota competitor Timothy Peters