Snider Hopes to Spice Things Up in the Lone Star State 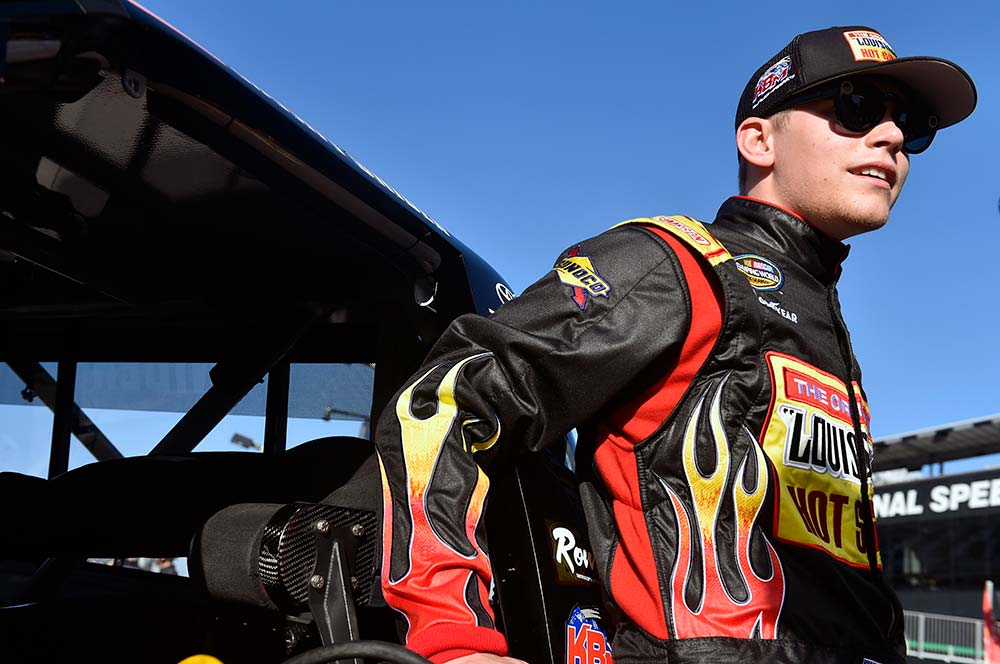 MOORESVILLE, N.C. (June 6, 2017) – For the first time since kicking off the season at Daytona (Fla.) International Speedway in February, Myatt Snider will be back behind the wheel of the Kyle Busch Motorsports (KBM) No. 51 Louisiana Hot Sauce Toyota Tundra Friday night under the lights for the NASCAR Camping World Truck Series (NCWTS) Winstaronlinegaming.com 400 at Texas Motor Speedway.

In his 2017 debut, Snider drafted his way around Daytona for the first time in his career. The 22-year-old took the green flag 13th and survived 100 laps and six cautions to bring home a 10th-place finish. Although the rookie hasn’t been in a Toyota Tundra since February, he hasn’t stopped racing. So far, Snider has competed in four CARS Late Model Stock Tour events this season, earning one win, one-top five and two top-10 finishes. He captured the win at the Short Track U.S. Nationals at “The Last Great Colosseum,” Bristol (Tenn.) Motor Speedway.

Snider put his name on the national motorsports map in May of 2016 when he led 35 laps en route to victory in his ARCA Racing Series debut at Toledo (Ohio) Speedway. The North Carolina native collected one win, 68 laps led, three top-five and five top-10 finishes resulting in an average finish of 13.8 across nine ARCA starts last season. He made his NASCAR Camping World Truck Series debut for AM Racing at Phoenix (Ariz.) International Raceway in November where he started 19th and finished on the lead lap in the 17th spot.

When Snider takes the track in the Lone Star State he will once again don the colors of his sponsor Louisiana Hot Sauce. Louisiana Hot Sauce is made in New Iberia, La. Over the years, the company has expanded, but they have stayed true to a promise made over years ago to create a perfectly balanced sauce that is “not too hot, not too mild.”

When the green flag drops Friday at Texas, Snider hopes he can spice things up at the 1.5-mile track and celebrate in Victory Lane with the No. 51 Louisiana Hot Sauce team.

You haven’t been in a Tundra since Daytona in February, how are you looking forward to this weekend at Texas?

“I’m excited to get back in the KBM No. 51 Louisiana Hot Sauce Toyota Tundra for another race this year. KBM is the best team on the circuit, they have won three mile-and-a-half races already this season. I am glad to be working with Louisiana Hot Sauce again and my crew chief, Bono Manion. I’ve never raced at Texas before but I have been studying each track all season and I think my team and I have a good shot to see Victory Lane this weekend.”

This is Myatt’s first race back in the No. 51 since Daytona, how do you feel about having him back behind the wheel?

“I’m looking forward to my second race with Myatt behind the wheel Friday night in Texas. I think we worked well together in Daytona and learned a lot from each other. We will take that one race we have under our belt together and continue to work to hopefully have a solid race under the lights.”

KBM-044: The No. 51 Louisiana Hot Sauce team will race KBM-044 for Friday’s Winstaronlinegaming.com 400. This Tundra won at Kansas Speedway earlier this season with owner-driver Kyle Busch behind the wheel.