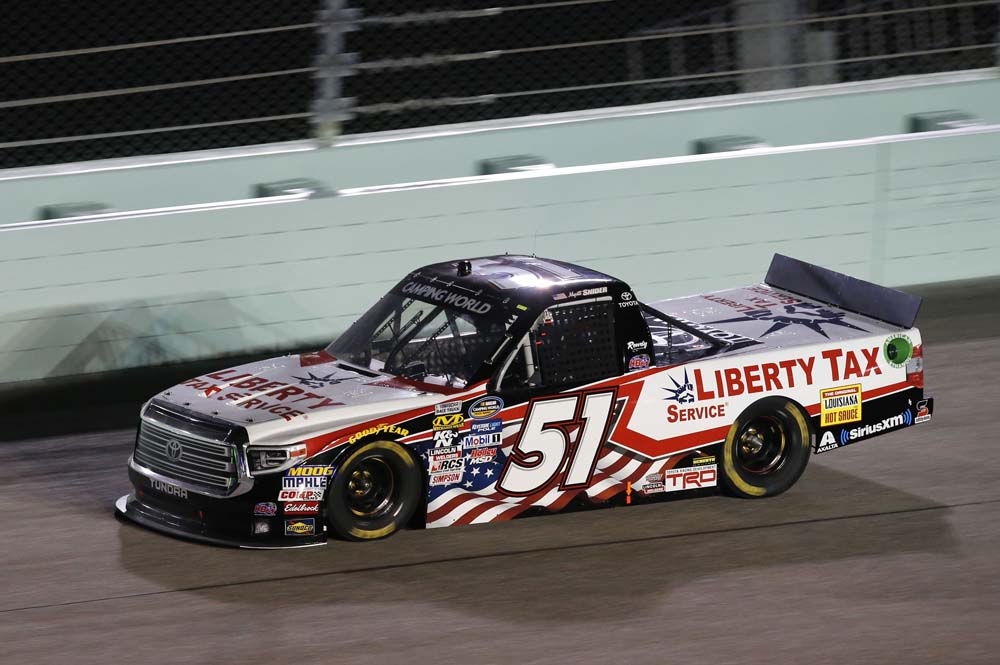 Myatt Snider made his eighth start of the season for Kyle Busch Motorsports (KBM) in the NASCAR Camping World Truck Series (NCWTS) 2017 season finale at Homestead-Miami (Fla.) Speedway. Snider was racing in hopes to win the No. 51 Toyota Racing team a NCWTS Owner’s Championship, but came up short with a 12th-place finish to cap off his rookie season. 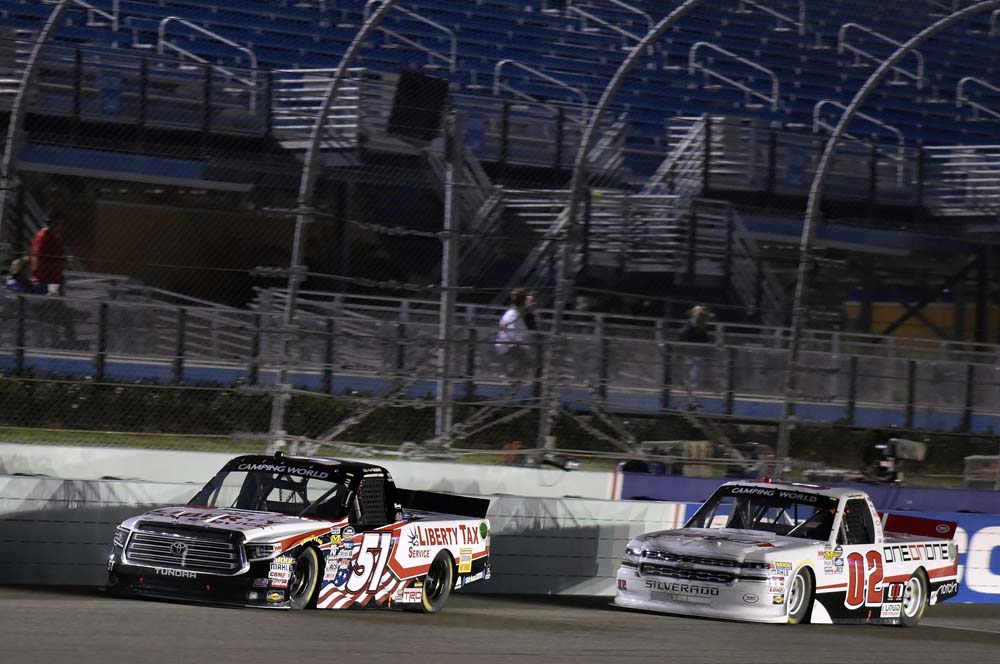 Talk about your night?
“Well, I’m disappointed I wasn’t able to earn the Owner’s Championship for my guys, because they deserved it. My team worked hard all year to bring me fast trucks and they never gave up on me like I never gave up on them. We were just a little off tonight and couldn’t get the handling quite right. But, I want to thank everyone at KBM, Kyle (Busch), Liberty Tax Service, Louisiana Hot Sauce and everyone else who made this year possible for me. I learned a lot and enjoyed every minute of the experience.”
NCWTS 200 Recap:
How Myatt’s KBM Teammates Fared:
NCWTS Owner Championship Standings:
The No. 51 Toyota Racing team ends the season fourth in the Owner Championship standings.
Share this post
Share on FacebookShare on Facebook TweetShare on Twitter