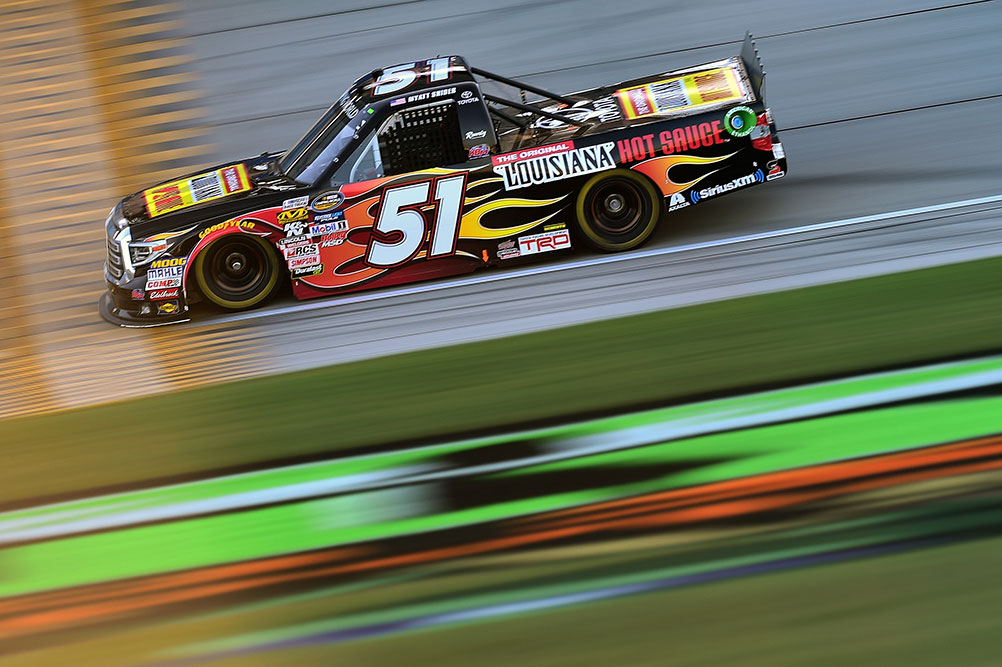 Myatt Snider survived an up-and-down race to bring home his second career top-10 finish in the NASCAR Camping World Truck Series (NCWTS). This was only Snider’s fourth start for Kyle Busch Motorsports (KBM) in the No. 51 Louisiana Hot Sauce Tundra for the 2017 season.

This was your second top-10 finish of the season, tell us about your race…

“We had a really fast truck tonight. I had a little bit of bad luck at the start of the race, getting loose and spinning, but we rebounded back from that. The guys did an awesome job on the truck. I thought we had a good showing for Toyota and Louisiana Hot Sauce. I’m happy with how it ended up and can’t wait to be back in Vegas.”

The No. 51 Toyota Racing team is now third in the Truck Series Owner Championship Standings.

The Truck Series returns to action next weekend on Saturday, September 23 at New Hampshire Motor Speedway in Loudon. Live coverage of the race begins with the NCWTS Setup Show at 12:30 p.m. ET on Fox Sports 1.